Johnson's lawyer vows to fight on with the case, claiming today's decision does not properly address their complaints. 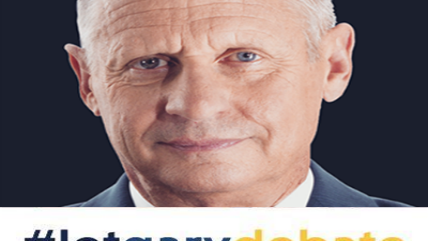 Libertarian Party presidential candidate Gary Johnson, former Green Party candidate Jill Stein, and others challenging the practices of the Commission on Presidential Debates (CPD) had a bad day today. Judge Janice Brown concluded in a decision today from the D.C. Circuit Court of Appeals that an earlier decision from D.C. District Court Judge Rosemary Collyer to dismiss their lawsuit was correctly decided.

I reported on the oral arguments in the case of Johnson v. Commission on Presidential Debates before a three-judge panel of the Court that included Brown back in April. (Another judge on the panel, Cornelia Pillard, concurred with Brown.)

Brown found wanting arguments that practices keeping third party candidates such as Johnson and Stein out of the debates violate their First Amendment rights and antitrust laws. They were challenging an agreement between the Romney and Obama campaigns giving the CPD sole power to host debates between them in 2012 as:

an unlawful agreement to monopolize and restrain competition in violation of sections 1 and 2 of the Sherman Act….The Complaint also alleges exclusion of Plaintiffs from the debates "because of hostility towards their political viewpoints" in violation of their First Amendment rights to free speech and association…They sought invalidation of the 15 per cent polled-support requirement [for candidates to appear in CPD hosted debates], injunctive relief dissolving the Commission and enjoining further collusion between the two major parties, and treble damages.

Brown was neither convinced by this somewhat novel attempt to apply antitrust law to political markets, nor by the First Amendment argument. The Court ordering the CPD to allow certain people into the debates, or to admit people under certain criteria the CPD did not choose, would violate the CPD's own First Amendment rights, Brown reasoned.

Further, when it comes to Johnson and his co-plaintiff's First Amendment complaint:

the Complaint omits entirely any allegation of government action, focusing entirely on the actions of the nonprofit Defendants…. There may be First Amendment injuries we could invent for Plaintiffs, but those claims were not presented in the Complaint.

As for those antitrust arguments, Brown is dismissive:

antitrust standing requires a plaintiff to show an actual or threatened injury "of the type the antitrust laws were intended to prevent" that was caused by the defendant's alleged wrongdoing…..Plaintiffs, however, define their injuries as millions of dollars in free media, campaign donations, and federal matching funds—injuries to them as individual candidates in a political contest for votes. Square peg, meet round hole….

While these terms may capture what political scientists call a "political economy," the phrase is merely a term of art. Short of alleging Americans are engaged in a widespread practice of selling their votes—which the Complaint does not do—the "market" Plaintiffs identify is no more regulated by the antitrust laws than the "marketplace of ideas" or a "meet market." The injuries Plaintiffs claim are simply not those contemplated by the antitrust laws.

Johnson lawyer Bruce Fein said in an email today that "We will be filling a motion for rehearing or rehearing en banc" from the D.C. Circuit Court of Appeals on Brown's decision.

Among the problems with the decision, Fein wrote, was the judge "decreed rather than explained why campaigning for the presidency could not be a trade or business within the meaning of the antitrust laws by presuming a counterfactual Chinese Wall between politics and business. Could two candidates for the presidency fix the prices of merchandise they sell to raise campaign money outside the antitrust laws under her 'reasoning?'"

Fein also notes Brown ignored their argument in the case that "the Super Bowl of Politics—presidential debates—was so central to our political dispensation that it justified application of the First Amendment notwithstanding the absence of state action—as the U.S. Supreme Court did in the company town case of Marsh v Alabama and the white primary case of Terry v. Adams."

Instead, Fein wrote, she "mindlessly asserted that our First Amendment claim automatically failed because we did not allege state action as if Marsh and Terry had never been decided."