The Single Payer Threat Is Real 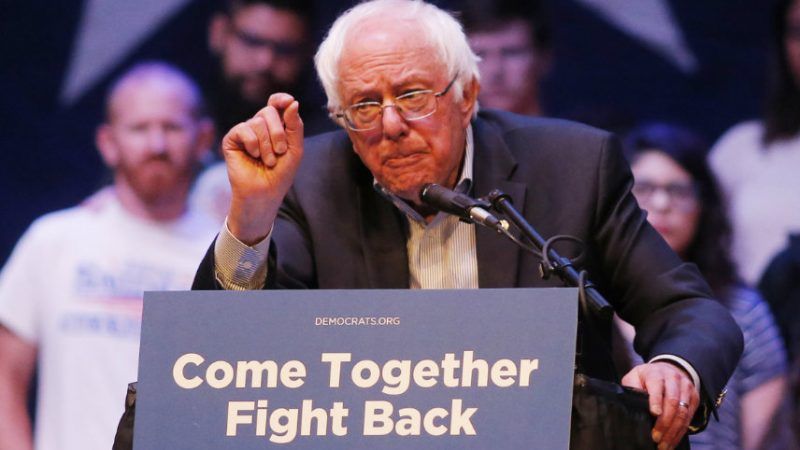 Two years ago, if you had asked me about the prospects for a single payer health care system to be adopted in the United States, I would have said that there was essentially no chance in the foreseeable future. Single payer would be too expensive and too disruptive to both patients and providers. Even if you could cobble together a semi-functional legislative plan, the politics would never work. Short of catastrophe, there was no way it would ever happen.

But since the 2016 election, I have become slightly less confident in my assessment. I still think single payer in America is quite unlikely. Yet the possibility now strikes me as a little higher — if not in the near term, then a decade or three into the future. And the odds that some sort of hybrid quasi-single-payer system that significantly expands the role of government in the financing or provision of health care have increased even more.

The reason why I've changed my thinking is that over the last year or so Democrats and progressive activists have found a new energy in trying to make it happen. During the Democratic primary campaign, Bernie Sanders backed single payer to great effect, and has spent the summer working on a Medicare-for-all bill. Public support for single payer is rising this year. One new poll this month found that a majority of doctors are in favor.

Single payer supporters don't yet have a workable plan. But they do have a goal. And that goal means that liberals are starting to grapple with the very issues that I always believed would prevent it from happening. Those who oppose greater government intervention in the health care sector should take this as a wake up call.

As it turns out, drawing up and passing a single payer health care plan isn't easy. State based single-payer plans in Vermont, New York, Colorado, and California have struggled to get off the ground, simply because they would be so expensive to run. As Reason's Eric Boehm has written, many estimates find that these programs would cost as much as states are already spending for their entire annual budgets. And those are the estimates from supporters: Less favorable projections suggest that these programs could cost far, far more. Financing these sorts of programs would thus require tax hikes so large that even liberal states have balked.

But serious single-payer supporters are pointing out other problems too: Earlier this month in The Nation, Joshua Holland argued that plans based on the idea of expanding Medicare, the federal health care program for seniors, to the entire population would face nearly insurmountable obstacles. For one thing, Medicare pays doctors and other health care providers far lower rates than private insurance. As Olga Khazan writes in The Atlantic in a separate article on the challenges and drawbacks of single payer, some doctors would inevitably refuse to participate. And the rates are low enough that many hospitals simply couldn't survive if all services were billed at the typical payment rates for government programs. Those who liked their doctors would not necessarily be able to keep their doctors.

Indeed, it's difficult to overstate just how disruptive a transition to a full-fledged single payer system would be: Under the most sweeping plans, every single person who currently gets private insurance through their employer or through the individual market would be thrust into an entirely new government-run plan. Every single health care provider in the United States that does business with private insurers would have to completely reorganize their billing and financing structures. Every person who works for a private health insurance company would be be out of a job — or would have to go work for the government, either as a contractor or an employee.

It's hard to imagine a transition of this magnitude like this going smoothly; the rocky rollout of Obamacare's online health insurance exchanges — a much smaller event — is instructive. The technical and administrative challenges of designing and implementing a nationwide single payer system would be far greater.

Like I said, single-payer advocates don't have a workable plan. And the more technocratic amongst them are starting to realize it. Holland's article is framed as an argument that universal coverage need to take the political and policy challenges seriously, and work through the details.

You can already see this happening. Holland gives space to the idea of "Medicare for More," which would allow more people to buy into the federally run program, creating a more gradual transition in which individuals were allowed to opt into a new system, rather than forced out of their current plans. Allowing people to buy into existing government health care programs isn't an entirely new idea, but it is one that seems to be gaining traction.

Nevada's legislature recently passed a bill to allow state residents to buy into its Medicaid program; the plan was vetoed at the last moment by Republican Gov. Brian Sandoval. But even Sandoval appeared to encourage more exploration of the idea, saying that his veto "does not end the conversation about potential coverage gaps or possible solutions, including Medicaid-like solutions."

This week, meanwhile, Sen. Brian Schatz, a Democrat representing the state of Hawaii, said he would soon propose a plan to allow individuals to buy into Medicaid through Obamacare's exchanges, using the law's federal subsidies toward their premiums.

The buy-ins have problems too — most notably that no one has really laid out in detail exactly how they would be priced and administered. As a jointly run federal-state program with lots of state-by-state variation, Medicaid is more like 50 separate programs than one uniform benefit. The proposals so far have not resolved basic questions about benefit design or how premiums would be set. Nevada's bill was just four pages long. It wasn't really a plan so much as a declaration that the state should start coming up with a plan.

But that is exactly why I have changed my mind about the possibility of single-payer, or something that moves us closer to it. No, there's no plan yet. But health care advocates and policy experts on the left have settled on a goal, and are now expending effort on trying to come up with ways to achieve it, or at least move in that direction. The end result might not be a fully socialized health care system. But it could produce something much closer to it than we have today.

This is similar to what happened after the failure of the planned health care overhaul under President Clinton in the early 1990s. Democrats and their allies regrouped, and looked for alternative mechanisms to move towards universal coverage guaranteed by the government. Although it took almost two decades for liberal wonks, activists, and politicians to come together, it eventually paid off in the form of Obamacare.

Republicans, in contrast, have no idea where they stand on health care, or what they really want. Republicans, after all, gave us RomneyCare in Massachusetts, the plan that served as the model for Obamacare, and then spent seven years opposing the law after Democrats adopted the Massachusetts model as their own. The party's lack of a unified goal is, if anything, even more apparent now than it was during the Obama years, when at least the party was united against Obamacare.

Following the collapse of the GOP health care bill last month — the least popular major legislation in decades — governor John Kasich (R-Ohio) and DemocrJohn Hickenloper (D-Colorado) are putting together an Obamacare rescue plan. The Trump administration is continuing to pay illegal subsidies to insurers, on a month to month basis, even while threatening to cut them off. Senate Majority Leader Mitch McConnell, who is arguably the party's legislative strategist, admitted. this week that he didn't have a clear plan. "On the effort to make dramatic changes on Obamacare, the way forward is somewhat murky," he said.

In the very short term, neither single payer nor its more gradual variants have much of a chance, so it may be tempting to dismiss them as possibilities. But in the longer term, Republicans and other critics of government-run health care will need to figure out how work towards clear goals of their own. And they will need to take the advice that liberals are now giving their allies, and start sweating the details.

They will need, in other words, to take both the policy and politics seriously. In this, they will start from behind, because liberals already are.

*Correction: This piece originally named Brian Sandoval as the senator from Hawaii introducing the Medicaid buy-in plan, rather than Brian Schatz. Apologies for the error.