The pharmaceutical market is anything but free at present. 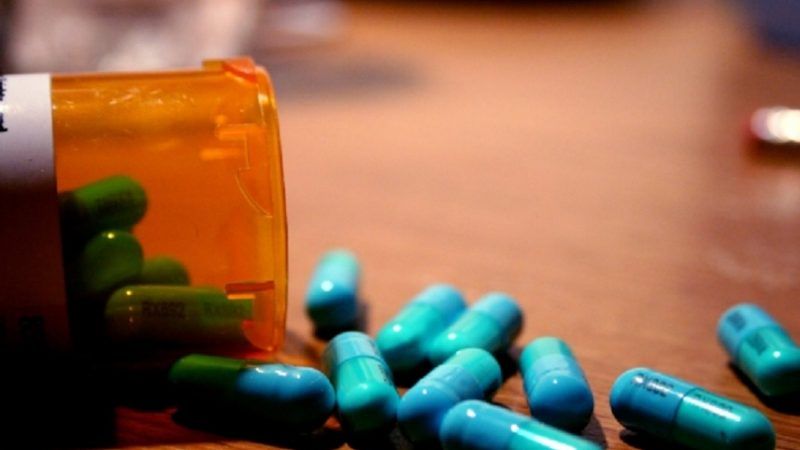 In the rollout of their "Better Deal" program this week, Democrats identified high prescription drug prices as a major challenge facing America and proposed new regulations to rein them in.

Their diagnosis is spot on, but their prescription is backwards. The way to roll back pharmaceutical prices is to deregulate and rely on market forces. But for that to happen, both Democrats and Republicans will have to resist the pharmaceutical lobby, which benefits from the status quo and is very generous with its donations.

In 2015, spending on prescription drugs totaled $325 billion, or roughly $1,000 for every person in the U.S. according to federal data. Pharmaceutical spending rose by 9 percent from 2014 to 2015, far outstripping the growth of the GDP.

Drugs in the U.S. often cost more than twice as much as they do in other developed countries. A 28-day supply of Humira costs a whopping $2669 on average here, according to the International Federation of Health Plans. The same supply costs $822 in Switzerland, $1253 in Spain, and $1362 in the United Kingdom.

Drug companies argue high prices offset the high costs of developing new drugs. A 2014 Tuft's study estimated the average cost to bring a new drug to market at $2.6 billion, much of it devoted to complying with the FDA's labyrinthine clinical trial process. Since 1962, when Congress empowered the agency to evaluate efficacy as well as safety, the FDA's trial regime has steadily become more onerous.

This places the government at a serious disadvantage with foreign governments that negotiate, putting a lid on their expenditures. Empowering the government to do anything is frightening for free market advocates, but consider this: when drug companies are selling to Medicare beneficiaries, they are essentially acting in the role of government contractors. It is in the taxpayers' best interest to allow the government to secure lower prices for the goods and services it purchases.

In a normal market, consumers can act to limit prices by foregoing consumption or choosing less costly substitutes (like generic drugs or over-the-counter medicines). But since most prescription drug costs are covered either by the government or private insurance companies, consumers don't have much of an incentive to exercise these options.

In this system of third party payment, drug consumers are insulated from the true cost of the pharmaceuticals they buy and those costs supported by taxpayers. This cost shifting can be reduced by increasing drug copayments and making them a percentage of a drug's retail price.

Another way to lower drug costs is to increase competition. Right now, pharmaceutical companies are shielded from competition by patents and exclusivity periods. Even when drugs lose FDA monopoly protection, the FDA continues to effectively limit competition by delaying approval for generic alternatives, as Reason's Ronald Bailey recently reported.

Patents are normally defended as a necessary incentive for drug price innovation, but if FDA approval costs were lower, this incentive could be reduced – by, for example, shortening the life of pharmaceutical patents.

Further, many pharmaceutical patents are dubious at best, conferring monopoly privileges to "me too" products that aren't legitimate innovations. AstraZeneca's patent for Nexium is a classic example of this abuse.

After making a fortune on its initial acid reflux drug, Prilosec, in the 1990s AstraZeneca reacted to its patent expiration in 2001 by patenting a slightly modified molecule with the same active ingredient in Prilosec. The marginally better Nexium generated $6 billion of revenue, selling for more than ten times the price of off-patent Prilosec.

Patients might have bought the cheaper Prilosec, but AstraZeneca got approval to sell it over-the-counter, in many instances making it ineligible for insurance coverage. Patients paid the same or less for prescription Nexium; with taxpayers and insurers made up the difference. With insurance, there was no incentive to buy the cheaper alternative while physicians, who in the current system receive all sorts of perks from pharmaceutical companies, had no incentive to suggest the over-the-counter option.

This raises the question of why so many drugs are sold by prescription in the first place. Prescription drugs must be dispensed by a pharmacist. Eliminating this generously compensated middleman would reduce their cost. Prescriptions might enhance safety, but that can't possibly explain Nexium and Prilosec. Indeed, many dangerous products – like hydrochloric acid – are sold without a prescription.

Reining in drug prices as Democrats are suggesting would not only benefit consumers who lack adequate drug coverage, but it would reduce government spending by tens of billions of dollars a year.

We can get these benefits without adding new layers of regulation. Instead, let's expose drug companies to the pressures of a truly competitive marketplace.

Marc Joffe is a Senior Policy Analyst at Reason Foundation.