If Jared Kushner Wants to Reform Federal Drug Sentences, Here's What He Should Keep in Mind

Passing federal sentencing reform will be the hardest thing he's ever done. 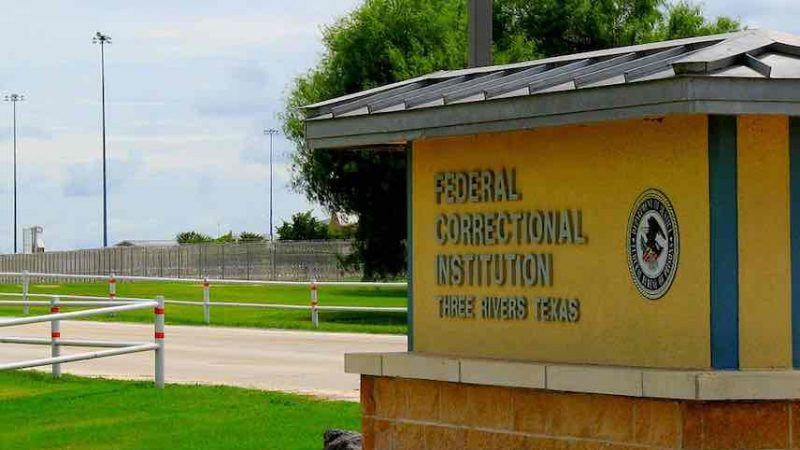 Senior White House Advisor Jared Kushner met earlier this month with members of the Senate Judiciary Committee to discuss federal sentencing reform. But we should not get our hopes too high, the Wall Street Journal's Beth Reinhard warns, because Kushner has yet to convince Attorney General Jeff Sessions of, well, anything.

Meanwhile, on the Congressional side, Sen. Grassley has announced his priorities for the remainder of 2017. If confirming a new attorney general is not one of them, I doubt sentencing reform is either:

Everybody in D.C. Shld b warned that the agenda for the judiciary Comm is set for rest of 2017. Judges first subcabinet 2nd / AG no way

Reinhard quotes an unnamed source (is there any other kind?) as saying Kushner is "quietly listening to all sides, including outside groups, to understand what's possible and to ultimately be able to make a recommendation to the president."

This certainly sounds reasonable. Federal sentencing law is complex, there are numerous stakeholders to appease, and while Kushner may know something about federal sentencing due to his father's incarceration, he has never herded cats at this level.

But let me save him some time: Neither the House nor Senate will vote on a bill shortening federal drug sentences while your father-in-law is giving speeches about apocryphal Mexican drug dealers who capture young American girls and "slice them and dice them with a knife because they want them to go through excruciating pain before they die"; your father-in-law will not stop saying those things because he likes when people scream lustily after he speaks; and the Attorney General of the United States will sabotage whatever you come up with, because he can and because he wants to.

Kushner needn't take my word for it.

At the tail end of 2015, the Senate Judiciary Committee, led by Republican Sen. Charles Grassley, passed the Sentencing Reform and Corrections Act over the objections of Republican Sens. Ted Cruz, Orrin Hatch, Jeff Sessions, David Vitter, and David Perdue. Grassley had long been opposed to sentencing reform of any kind. That he came around, and at a time when Republicans held the Senate, appeared to be cause for optimism.

"The goal is not to get unanimous support," Sen. John Cornyn told Politico in early 2016, regarding Cruz's abandonment of his civil libertarian positions on criminal justice. "The goal would be to get enough bipartisan consensus so that we could do something important and something [President Obama] wants to do, something that Republicans and Democrats want to do. I don't know why, if that's actually the case, why we can't actually do it."

Why couldn't they actually do it? Obama wanted to do sentencing reform. He wanted to do it so badly he launched a clemency initiative to shorten the sentences of (mostly) crack-cocaine offenders who'd been convicted before the passage of the 2010 Fair Sentencing Act. (Congress could've made the FSA retroactive, but didn't and still hasn't.)

And yet, Majority Leader Mitch McConnell declined to bring the bill before the full Senate in late 2015 or early 2016. Majority Leader Sen. Harry Reid did the same when a Democratic-led judiciary committee passed an even better sentencing reform bill in January 2014. And this was under a president who would've signed just about any bipartisan piece of criminal justice legislation that came across his desk.

I don't question Kushner's intentions or committment, because having a family member do time fundamentally changes the way a person views incarceration. But I do worry that his "SWAT team" approach to government reform could lead to troubling compromises for the sake of a legislative victory.

If Kushner has not heard from the police unions and the National Association of Assistant U.S. Attorneys (NAAUSA), he soon will. I hope he also gets the opinion of Heritage Action, Koch Industries, the Charles Koch Institute, Families Against Mandatory Minimums (where I worked from 2013 to 2015), Right on Crime, and Americans for Tax Reform–all of whom advocated sentencing reform from the center-right during the politically tumultuous days of the Obama administration.