Humans of FreedomFest, Part 4: "My father used…'libertarian' as a swear word."

Portraits from the world's largest annual gathering of libertarians. 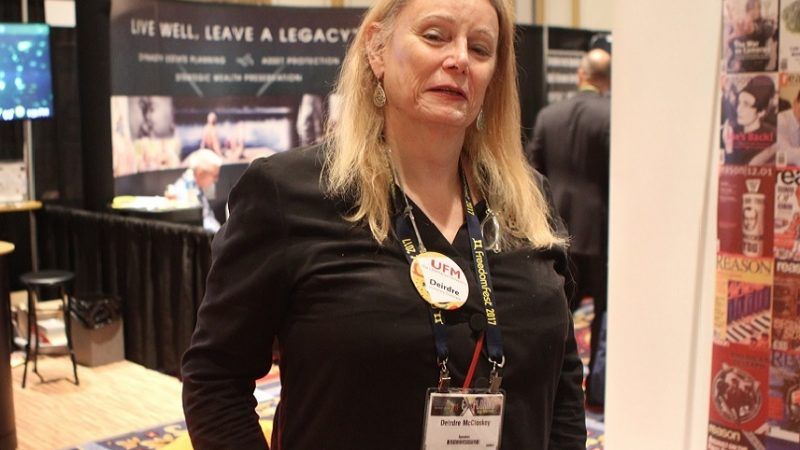 "My father used the word 'libertarian' as a swear word. 'Oh that's libertarian'… But I was a marxist at the time so I thought, well that's not something I should be. It took me a long time to get over that. I was an anarchist to begin with when I was 15. Then I was a socialist, kind of a Joan Baez socialist. I played the guitar… I know more socialist songs than my socialist colleagues. I wasn't a scholarly Marxist. I read half the Communist Manifesto and I figured that was enough. But the songs were terrific."

"Because I'm pro-choice, among the Republicans sometimes I get into trouble. But I'm a physician. So I leave it to the patient to decide what they want. My feeling, being pro-choice, is that it's a woman's individual decision. Not mine."

"Back in England, at the London School of Economics, he was a socialist when I met him. When we first met."

So did you turn him into a libertarian?

"No. Buying private property, having rent control slammed on us, is what radicalized us."

…Who are you people?

Are those your real names?

"We're coming to a conference on privacy. It would be crazy to register in your own name!"

…Can I take your picture?

This is part of a series. Read previous installments here.