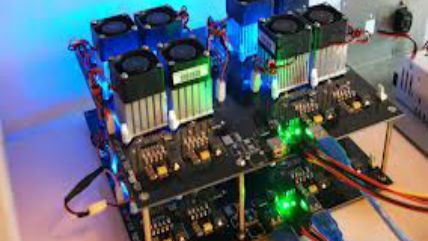 New Hampshire's governor Chris Sununu (R) signed into law this month a bill that exempts "Persons who engage in the business of selling or issuing payment instruments or stored value solely in the form of convertible virtual currency or receive convertible virtual currency for transmission to another location" from the state's existing regulations on money transmitters. (They shall still be subject to the state's general consumer protection law.)

According to one of the bill's co-sponsors, and a participant in the Free State Project, Rep. Keith Ammon (R-Hillsborough Dist. 40), their intention is that the law would cover those who exchange virtual currency for U.S. dollars, since that would constitute an act of selling "convertible virtual convertible currency" since under standard definitions, "selling" means "exchanging for dollars."

Rep. Barbara Biggie (R-Hillsborough Dist. 23), a former Western Union employee and vice chair of the House Commerce and Consumer Affairs Committee, introduced the bill, which passed the New Hampshire House 185-170, and its Senate 13-10.

Ammon admits he's a little surprised it went through so smoothly, and credits the fact that in addition to Biggie. Commerce Committee chair John Hunt (R-Cheshire Dist. 11) supported the bill through committee and beyond. Two different members of the relevant Senate committee admitted publicly to being bitcoin owners.

This new law was necessary, Ammon says, because of some clumsy legislating done previously by a body whose average age is high and tech-savvy is low. That 2015 regulation put cryptocurrency businesses under the thrall of state banking authorities, which Ammon says was not its original intention. That law caused at least one bitcoin company, Poloniex, to stop doing business in the state.

And since "our governor knows we have a lot of cryptocurrency enthusiasts in the state" his signing it followed naturally, Ammon says. "We certainly don't want to put up a signal that we are hostile to a burgeoning industry. We are having issues retaining our younger workforce here because of lack of high-tech jobs."

The fact that many involved in the Free State Project were early adopters of Bitcoin—and thus, if they were cold-blooded enough to not sell most of it early, could well be shockingly wealthy now—could have interesting repercussions for New Hampshire business and politics in the future, Ammon thinks, with their newly boosted ability to "start businesses, buy properties, and donate to political campaigns."

Andrea O'Sullivan, who studies technology policy for the Mercatus Center, says in an email that "the bill is fairly unusual, and a welcome development from the perspective of the cryptocurrency industry."

"Most states that have introduced legislation," she says, "have done so in a way that would increase regulatory discretion over cryptocurrencies, rather than eliminate cryptocurrency from regs."

The Coin Center has put together a dense but informative chart on state regulatory actions affecting cryptocurrencies.

O'Sullivan points out that "states that have not introduced legislation tend to require Bitcoin businesses to follow standard money transmitter regulations. This means that Bitcoin businesses could be required to follow a separate licensing process—with all of the fees, lawyers, and compliance costs that accrue—for dozens of separate states. That adds up!"

Jerry Brito, who runs Coin Center, praises New Hampshire's law as a surprising "great step in the right direction," but points out that it's not really a national game changer since any virtual currency-related business, even if based in New Hampshire, to deal with citizens of other states would have to deal with those states' "bespoke" laws regarding bitcoin and its brethren.

Brito is working with the Uniform Law Commission (an advisory body whose Uniform Commercial Code has been adopted by every state) on what he thinks would be a good model law that other states might adopt. Many of the states that have so far not unduly hobbled bitcoin businesses (such as Texas and Illinois) have done so, he notes, via policy, not codified law.

One of Brito's goals is to get across the idea that people involved in virtual currency actions who aren't acting in a custodial role—never possessing or controlling other people's property—don't need any new regulations at all. He's also working on moving forward a set of federal regulations regarding cryptocurrencies that will pre-empt state attempts to regulate them more harshly. That process is currently embroiled in a lawsuit from the Conference of State Bank Supervisors.

New Hampshire's Northeast neighbor New York has taken a different tack, surrounding the trading of Bitcoin (the market leader virtual currency) with a web of regulations driving some businesses out of state.

However Bitcoin-friendly this new New Hampshire law is, last year New Hampshire's legislature declined to pass a bill allowing state taxes to be paid in the digital currency. The state shot itself in the foot slightly with that choice; had it, say, taken in bitcoin for tax bills on January 1 of this year, the U.S. dollar value of that currency would have increased by around 150 180 percent.