"I think a lot of the uproar is concocted," the libertarian senator tells CNN. 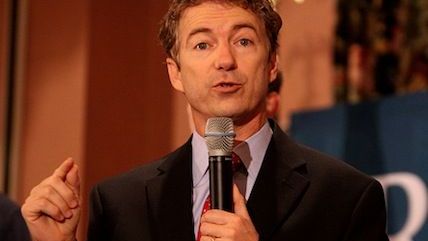 In the wake of President Trump's dismissal of FBI Director James Comey, Rep. Justin Amash (R-Mich.) and John McCain (R-Ariz.) have both called for a special commission to investigate Russia's involvement in the U.S. presidential election. Sen. Rand Paul (R-Ky.) isn't having it.

"Lots of crocodile tears in DC," he tweeted this morning.

Paul elaborated in an appearance on FOX Business's Varney & Co.:

"There's a lot of hypocrisy going around," Paul said, pointing to Sen. Charles Schumer's (D-NY) criticism of Comey from earlier this year and Secretary Hillary Clinton's recent claim that Comey's public disclosures about the FBI investigation into her private email server helped tilt the election to Trump.

Paul also shared his own reasons for not objecting to Comey's dismissal. "One of my concerns with Comey is that he was always up here on the hill advocating for more power for the FBI," Paul said on Varney & Co. "When I countered that and said, 'You could've done a better job investigating the killer in Orlando,' He would always respond, 'Oh, we just need more power to tap more phones of everybody and we'll get enough information to stop this.' And my point was they just need to do better police work when someone tips them off. A gun store tipped them off about the Orlando killer and they did virtually zero to investigate it."

When asked who should replace Comey, Paul said he wants "somebody who balances civil liberties with law enforcement." Whether Paul's preference will lead to him checking and balancing Trump and Attorney General Jeff Sessions remains to be seen. Reason's Peter Suderman is doubtful.