Crony Capitalists in Detroit Are Ripping Off Taxpayers 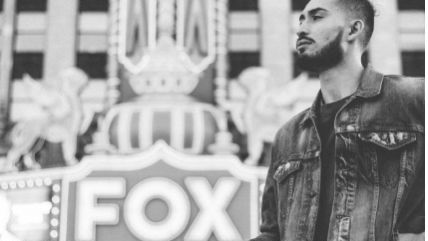 The popular narrative in Motown, near where I live, has it that the city is back! In the downtown core, business is booming, streets are buzzing, eateries are opening, and apartments are renting. And all of this is credited to the hard-work and big investments of rich billionaires, particularly Quicken Loan's Dan Gilbert, who have all banded together and adopted this city to nurture it back to health.

But Adam Smith's Wealth of Nations warned, when business meet up, "even for merriment and diversion," the conversation inevitably "ends in a conspiracy against the public." And so it is in Detroit where Gilbert and his pals are turning crony capitalism into a high art. They are cramming this city, whose population is about a third of what it used to be, with one structure after another: Stadiums, high-rises, light rail. Why? Because they get taxpayers to subsidize part of their construction while they keep the entire profit from its use.

But the latest brownfield transformation scam – ooops, legislation—that Gilbert is pushing in the state would put all of these previous schemes to shame, I note in The Week. It will allow him to collect taxpayer dollars for a skyscraper he wants to build where Detroit's famous Hudson store once stood. But the way he's doing it is interesting:

Now, businesses routinely hit up taxpayers for money. They obtain subsidies, tax breaks, special tax write-offs, and low-interest loans backed by state bonds. But this legislation, which has already sailed through the state Senate and is now being considered by the state House, is particularly egregious.

The bill would allow five developers in five cities every year to not just capture part of the property taxes from the brownfield (which is a site contaminated or environmentally damaged by previous users) they are redeveloping, but also $40 million worth of income taxes for 20 years. Whose income taxes? Remarkably, as soon as work on the site begins, the developers will be able call dibs on the income taxes paid by their own construction workers. And once the project is completed, a portion of the income taxes of the residents and the sales taxes of the businesses will be handed over to these developers as well…

There is even more awfulness to this that the column spells out. But the real issue is, are such boondoggles improving the lives of average Detroiters?

Well….Go here to find out.