The U.S. has successfully decoupled economic growth and energy demand. 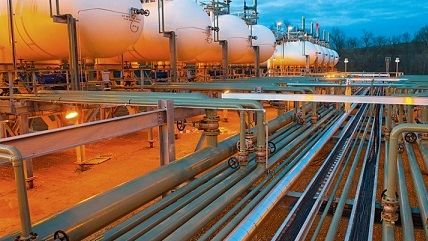 The Business Council for Sustainable Energy and Bloomberg's New Energy Finance have recently released their 2017 Sustainable Energy in America Factbook, which looks, among other things, at the benefits of rising natural gas use across the United States. According to the report, Americans now devote less than four percent of their total annual household spending to energy—the lowest since government record-keeping begun. That welcome development is, in part, a result of the fracking revolution and of the declining prices of natural gas.

The use of natural gas, which is now the top fuel source for electrical generation, has also been good for the environment. The burning of natural gas emits between 50 and 60 percent less carbon dioxide than the burning of coal. As such, the carbon footprint of the power-generating industry has actually shrunk by 24 percent since 2005. Rounding off a set of positive numbers, after many decades of use, we now have greater proven reserves of natural gas than ever before.

Market forces fueled a rise in domestic natural gas production, providing the economy with a cheap, cleaner burning source of fuel. However, the report notes that development of necessary natural gas infrastructure is not keeping pace with demand and should be improved going forward. The report provides proof of natural gas' many positives.

Americans are saving more on energy bills than ever before, the economy is growing and the United States is the only major country reducing its green house gas emissions. Happily, as infrastructure expands and improves, the benefits will only increase.