The Federal Ban on Sports Betting Is Unfair, Unnecessary, and Unconstitutional

A new CEI paper argues that states should be free to decriminalize March Madness wagers. 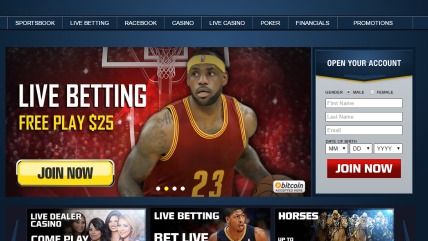 This month Americans are expected to bet something like $9 billion on the NCAA men's basketball tournament, almost all of it through illegal channels. That's because federal law prohibits wagering on sporting events everywhere except Nevada, which was grandfathered by the Professional and Amateur Sports Protection Act of 1992. (PASPA also allows pre-existing sports lotteries in Delaware and Oregon, but those are limited to NFL games.) All told, Americans may bet as much as $400 billion a year on sports, and nearly all of those wagers are illegal, whether they happen in office pools or on websites run by offshore companies.

Although criminalizing such a common and generally innocuous activity strikes libertarians as self-evidently insane, the general public is not so sure. Last year a Fairleigh Dickinson University poll found that only 48 percent of Americans supported "changing the law to allow people to place bets on sports in all states." (By comparsion, Gallup puts support for marijuana legalization at 60 percent.) Another 2016 poll, by Seton Hall University, phrased the question differently, asking whether "states should be free to decide whether to legalize betting on sporting events." That policy garnered support from 68 percent of respondents. A third poll from last year, by the Mellman Group, combined the two questions and found that 22 percent of respondents thought "sports betting should be legal nationwide," while 58 percent thought "each state should be able to decide whether or not sports betting should be legal within its borders." In other words, 80 percent opposed the current federal policy of preventing states from legalizing sports betting.

As Steven Titch and Michelle Minton note in a new paper from the Competitive Enterprise Institute, even professional sports leagues, which have long opposed letting people legally bet on their games, are starting to come around. In 2014 National Basketball Association Commissioner Adam Silver wrote a New York Times op-ed piece arguing that "sports betting should be brought out of the underground and into the sunlight where it can be appropriately monitored and regulated." In 2015 Major League Baseball Commissioner Rob Manfred told ESPN legalization of sports betting deserves "fresh consideration."

One of the most common objections to legal sports betting, especially from the professional leagues and the NCAA, is that it will have a corrupting effect, encouraging bribery of players or officials to change outcomes or shave points. That concern, Titch and Minton argue, is misguided, since legal, transparent betting makes corruption easier to detect. They cite several cases, including the "Black Sox" scandal of 1919, where sudden shifts in betting odds revealed behind-the-scenes manipulation. "By criminalizing sports betting, PASPA actually increases the risks of match-fixing and corruption," Titch and Minton write. "In Europe and much of the world where sports betting is legal, bookies are incentivized to share with authorities odd betting patterns that might signal corruption….By contrast, in the U.S., the law disincentivizes gamblers from alerting authorities to suspicious betting that might indicate match fixing, lest they open themselves up to investigation."

Opponents of legal sports betting also worry it will foster gambling addiction. That was the top concern for the people who opposed legalization in the Fairleigh Dickinson poll, cited by 55 percent of them. Aside from the moral questions raised by the "addict's veto," which justifies banning pleasures that are generally harmless because sometimes they aren't, there is the practical question of whether prohibition actually reduces problem gambling. That's a dubious proposition given that Americans are betting hundreds of billions a year on sports despite the ban, especially since the gamblers who are the most inclined to excess are probably the least deterred by the law. Titch and Minton note that "the rate of pathological gambling has remained remarkably stable in the U.S." despite dramatic increases in betting opportunities, including online sports wagering through companies based in other countries. They also point out that legalization can help control problem gambling through self-exclusion lists.

In addition to protecting problem gamblers from themselves, legalization protects casual gamblers (the vast majority) from unscrupulous bookies. Titch and Minton note that the federal ban on sports betting "deprives American consumers of the protections found in a legal market." Consumers in a black market have no legal recourse when they are ripped off.

PASPA is unconstitutional as well as paternalistic and counterproductive, since it forbids states to allow sports betting within their own borders. In Christie v. National Collegiate Athletic Association, New Jersey argues that PASPA violates the 10th Amendment by commandeering state officials to enforce a federal ban. The plaintiff in that case, New Jersey Gov. Chris Christie, is a selective federalist, arguing that states should be free to legalize gambling but not marijuana. Still, he happens to be right about PASPA. "While the federal government may directly regulate interstate commerce and even require or prohibit certain acts," Titch and Minton note, "it 'lacks the power directly to compel the States to require or prohibit those acts.'" Just as Congress cannot force states to criminalize the production, distribution, and possession of marijuana, it cannot compel them to ban sports betting. "Washington lawmakers should treat sports betting as a federalism issue, like other forms of legal gambling," Titch and Minton conclude. "PASPA should be repealed or revised to allow states the discretion to legalize and regulate sports betting on their own terms."

Even without PASPA, businesses that take online sports bets in states that decide to allow them could be in legal jeopardy under the Wire Act of 1961, which makes it a felony to use "a wire communication facility for the transmission in interstate or foreign commerce of bets or wagers or information assisting in the placing of bets or wagers on any sporting event or contest." Since December 2011, Titch and Minton note, the Justice Department has taken the position that "the Wire Act applies only to interstate wagering" (and only to sports betting, as opposed to other types of online gambling). But Attorney General Jeff Sessions has indicated he may reconsider the DOJ's interpretation of the law, and opponents of sports betting could argue that any use of the internet, even for intrastate betting, implicates interstate commerce.