Officials Continue to Dodge Attempts to Disclose Use of Stingrays

The government doesn't want you to know how much it uses the mass surveillance devices. 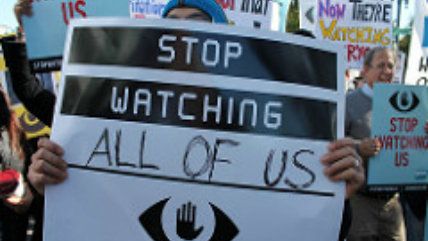 When three men were arrested for robbing a drug dealer in Tallahassee, Florida, in 2013, prosecutors seemed to have a slam dunk case. As The Washington Post reported, Tadrae McKenzie and his friends used BB guns to rob a drug dealer, taking $130 worth of marijuana and his cellphone. A few days later the local police tracked them down and charged them with possession as well as armed robbery with a deadly weapon.

During the trial, the defense raised questions about how the police were able to locate the suspects so quickly, but the police and prosecution refused to answer. The judge ordered them to disclose the information, but instead of complying, the prosecution offered the defendants a plea bargain. McKenzie and his friends could have spent anywhere from three to 30 years in jail for their crime. Instead, the three men received probation with no jail time. As Cato Institute policy analyst Adam Bates pointed out during a panel discussion yesterday, the reason for the discrepancy was that the police and prosecution were unwilling to admit they had used a surveillance tool called a "Stingray" to find the criminals.

Stingrays mimic the signal of a cellular tower and lure nearby mobile phones to connect to their fake network. Through this connection, law enforcement can track the cellphone's location and even download its content. The device allowed cops in Tallahassee to locate the three robbers with ease by tracking the drug dealer's stolen phone—but when faced with the necessity of acknowledging the technology's existence and explaining in court how it was used, the government's lawyers opted to drop the case rather than speak candidly.

"Through the use of nondisclosure agreements, a refusal to honor freedom of information requests, and deceit toward courts and the public, the full capabilities of these devices, the extent of their use by law enforcement, and the existence of policies to govern their use remain secret," Bates writes in a report on law enforcement use of Stingrays.

The report explains that nondisclosure agreements between local law enforcement and the FBI and Harris Corp. (the manufacturer of the devices) keep the public in the dark about these cellular surveillance devices: "The government plainly views sacrificing individual prosecutions, even for serious crimes, as an acceptable price for concealing the nature of stingray surveillance," Bates argues. "The FBI's nondisclosure agreement is clear: in exchange for permission to use stingray devices, state and local officials must surrender prosecutorial discretion to the federal government."

Advocates such as the American Civil Liberties Union (ACLU) have tried to increase transparency about the government's use of Stingrays, with varying degrees of success. In 2014, the Florida chapter of the ACLU filed a freedom of information request and was granted access to documents about the Sarasota Police Department's use of the devices. Before the department could hand over the information, the U.S. Marshals intervened, raiding the department and seizing the requested documents.

The ACLU has been able to gather some data, though. It found that at least 23 states and the District of Columbia have law enforcement deploying Stingrays.

The lack of transparency and accountability has led to much concern about civil liberties violations. U.S. Rep. Jason Chaffetz (R–Utah) is planning to introduce two bills to demand more congressional oversight of how the federal government use Stingrays. Reason reporter Eric Boehm provides a more in-depth look at the proposed legislation here.