Will Liberals Learn to Love the 10th Amendment?

It's Trump vs. Scalia when cities offer sanctuary to immigrants. 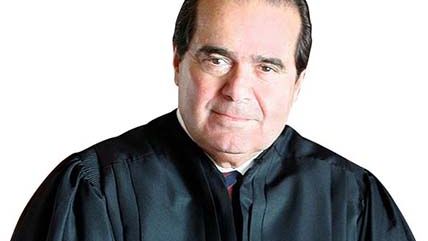 "The Federal Government may neither issue directives requiring the States to address particular problems," the late Justice Antonin Scalia wrote in his majority opinion, "nor command the States' officers, or those of their political subdivisions, to administer or enforce a federal regulatory program." In short, Printz held, the feds may not commandeer the states for federal purposes.

At the time it was decided, Printz was criticized by many liberals for being a "conservative" decision that promoted states' rights at the expense of duly enacted national reforms. In other words, they saw it as a case of the 10th Amendment run amok.

Liberals today are more likely to view Scalia's handiwork in a far more favorable light. That's because Printz now serves as perhaps the single best legal precedent in support of the constitutionality of so-called sanctuary cities—municipalities that either won't help the federal government round up and deport undocumented immigrants or otherwise refuse to participate in the enforcement of federal immigration laws.

Sanctuary cities have become a hot topic since the election of Donald Trump. Less than a week after Trump won, New York Gov. Andrew Cuomo took to Facebook with a defiant message for the incoming administration. "We won't allow a federal government that attacks immigrants to do so in our state," he declared. Chicago Mayor Rahm Emanuel was equally blunt: The Windy City, he said, "will always be a sanctuary city." Los Angeles Police Chief Charlie Beck announced that his department was "not going to work in conjunction with Homeland Security on deportation efforts. That is not our job, nor will I make it our job."

Federal authorities retain their own power to enforce national laws in those places. But the lack of meaningful local cooperation is no small hindrance. In effect, these cities are a bulwark against the far-reaching national agenda of border hawks in Washington.

If you like the sound of that, take a moment to thank Justice Scalia. As he made clear in Printz, "federal commandeering of state governments" goes against the text, structure, and history of the Constitution. Trump may not want to hear it, but "such commands are fundamentally incompatible with our system of dual sovereignty."