Trump vs. Schwarzenegger vs. Jesus's Sacrifice

The president is an unserious man who is wielding a huge amount of power. Will a GOP Congress keep him in check? 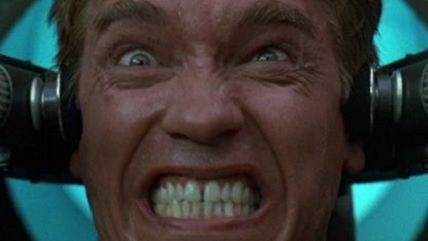 From the Twitter feed of scientist Alice Dreger comes this…this…I don't really know what to call it, to be honest.

Jesus died for this? pic.twitter.com/Aqja9RpHr8

For those who think our new president is a cold and uncaring man, this at least shows he is capable not of empathy per se but of at least taking note of other people's sufferings. And adding to them.

And there's this, from the former governor of California:

And somewhere in heaven, Jesus is tweeting smdh.

As Donald Trump once said in a different context, "These are foolish people."

The real question in these early days will be who in the Republican Party will generally stand up to and rein Trump. Folks such as Mike Lee, the Utah senator who started the Article I project to reel in executive power and put Congress back in charge of lawmaking and spending priorities, need to step up their game fast. Otherwise the GOP will be little more than waterboys for a fundamentally unserious man who can do a hell of a lot of damage to all aspects of the United States and the world. Here's Lee talking last summer about the need for a strong Congress. Judge him and his colleagues by whether they deliver, especially with a Republican in the White House.