Educators can enjoy pot on vacation and keep their certificates-as long as their accusers are incompetent. 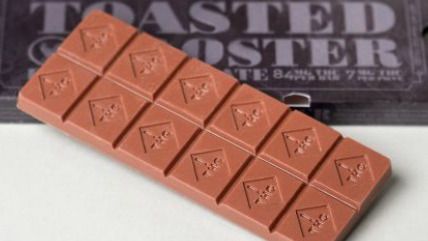 A Texas administrative law judge recently recommended that no disciplinary action be taken against a public school teacher who admitted eating a marijuana edible while visiting Colorado over Christmas vacation. In a January 10 decision that was published last Friday by the Austin American-Statesman, Judge William Newchurch likens the teacher's cannabis consumption to gambling in Las Vegas. "Possession of a usable quantity of marijuana is a criminal offense in Texas—but so is gambling," Newchurch writes. "The ALJ [administrative law judge] would not recommend that the Board [for Educator Certification] find a teacher unworthy to instruct in Texas because she legally gambled in Nevada. Similarly, he does not recommend that the Board find Respondent unworthy to instruct because she legally consumed marijuana in Colorado."

The case involves Maryam Roland, a science teacher at El Paso's Parkland High School who in February 2015 supposedly was implicated as a drug user by a former school district bookkeeper named Olaya Calanehe. I say "supposedly" because the email from Calanehe listing Roland's name said nothing about drug use, which she had mentioned in an earlier email that named other employees, and there was no record of an alleged phone call from Calanehe that may have been more specific. Roland described Calanehe as a disgruntled former employee, while Newchurch said her first email "suggested that Ms. Calanche was paranoid and delusional, because she stated she was scared for her life and referred to the devil and demons."

Craig Lahrman, director of secondary personnel for the Ysleta Independent School District, nevertheless grilled Roland, who had worked as a teacher for eight years without any allegations of misconduct, about her drug use, which is how her admission of consuming an edible in Colorado came out. She said she otherwise had not used marijuana since college. A urine test found no evidence of marijuana use, but traces were found in her hair. That result was consistent with her account, since hair tests can detect marijuana use for up to six months. Roland said she had never used marijuana during work hours, on school property, or at school functions, which is specifically prohibited by district policy, and there was no evidence to contradict that.

Although Roland resigned at the time of this inquisition, bureaucrats at the Texas Education Agency sought to suspend her teaching certificate for two years, which is where Newchurch came in. He concluded that the drug testing was not justified by "reasonable suspicion" of work-related misconduct, as it is supposed to be under district policy. In any event, Newchurch found, Roland had not violated state law or specific district rules, and her behavior did not render her "unworthy to instruct or supervise the youth of this state." That's a catchall description for various kinds of behavior that, while not necessarily illegal, are thought to indicate "absence of those moral, mental, and psychological qualities" that teachers are expected to have. While "habitual impairment through drugs" would make a teacher unworthy to instruct, Newchurch said, eating a cannabis-infused cookie or candy bar while vacationing in a state where marijuana is legal does not.

Although Roland by her own admission violated federal law, which criminalizes marijuana possession wherever it occurs, Newchurch said "staff did not offer proof or even allege in the notice of hearing or petition that Respondent had violated a specific federal law." That's lucky for Roland, because the Code of Ethics enforced by the Texas Education Agency says teachers "shall comply with state regulations, written local school board policies, and other state and federal laws."

Newchurch's recommendation against disciplinary action will be considered by the Board for Educator Certification, which need not take his advice. The board's decision can then be appealed in state court. While Newchurch's reasoning is encouraging for those of us who look forward to the day when employers treat marijuana use the same as drinking, the main lesson of this case may be that bureaucrats who are itching to decertify a cannabis-consuming teacher should make sure to mention federal law.