Love Canal Down the Memory Hole

A review of Love Canal: A Toxic History from Colonial Times to the Present 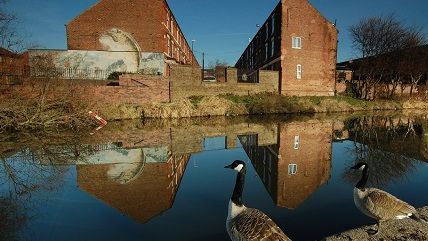 Ask any American born before 1960 for an example of corporate greed resulting in environmental disaster and the odds are good that he or she will name Love Canal. Love Canal, for readers who don't know, is a neighborhood in the city of Niagara Falls, N.Y. that was once a chemical waste dump. The dump became a major news story in the late 1970s, including sensational articles in the Niagara Falls Gazette by registered nurse turned reporter Michael Brown, who would later write the book Laying Waste: The Poisoning of America by Toxic Chemicals (Pantheon, 1980). The incident led to passage of the so-called Superfund legislation of 1980, which imposed a tax on petroleum and chemical companies to generate revenue for government-directed cleanup of toxic chemical sites.

But the real story of Love Canal isn't the "corporate guys: bad; government guys and community activists: good" tale that many people believe. In its February 1981 issue, Reason magazine published an exhaustive, fact-filled, 13,000-word article on Love Canal written by independent investigative reporter Eric Zuesse. The article dramatically recast many of the characters in Brown's reports, including Brown himself. I recently asked Reason's longtime science writer, Ron Bailey, whether further information in subsequent years had led him to doubt any important factual claims in Zuesse's piece, and he replied, "I am not aware that his article has been contradicted or found deficient in any important way."

In the years following that article, when I read about Love Canal, I do so with an eye on two topics: (1) Does the work discuss Zuesse's version of the story? (2) Does it challenge his claims? Those questions were on my mind as I read the latest addition to this literature, historian Richard Newman's new book Love Canal: A Toxic History from Colonial Times to the Present. Newman does not mention Zuesse, but he does raise some of the issues that Zuesse did. Disappointingly, he ultimately ignores those issues and adopts much of the story that Brown presented.

Before diving into the book, some backstory is needed. In the 1890s, an entrepreneur named William Love proposed to build a canal bypassing Niagara Falls, which would allow shipping between Lake Erie and Lake Ontario, better connecting the hydro-powered industrial area to markets. As part of his vision, Love proposed a planned community along the waterway. His project ultimately was dashed by the Panic of 1893 and a congressional prohibition on diverting water from the Niagara River, resulting in the abandoning of the partially dug canal. However, some of the residential development Love envisioned did become reality.

Decades later, the unfinished canal, which had become filled with groundwater, became a dumpsite for the city's municipal waste. During World War II, a city–based chemical company, Hooker Electrochemical Company (later Hooker Chemical) received permission to dispose of chemical waste in the canal. Late in the decade, Hooker drained it, lined it with clay, and began depositing drums of chemicals at the site. Dumping continued through the early 1950s, when Hooker capped the site with clay.

But the site was soon disturbed. The Niagara Falls City School District decided it wanted the property for a school, threatening to use eminent domain to gain the land. Rather than fight the action, Hooker offered to sell the property to the school board for $1. The school board agreed, even though it was aware of the site's history.

In the deed of sale, Hooker included the following closing paragraph:

Prior to the delivery of this instrument of conveyance, the grantee herein has been advised by the grantor that the premises above described have been filled, in whole or in part, to the present grade level thereof with waste products resulting from the manufacturing of chemicals by the grantor at its plant in the City of Niagara Falls, New York, and the grantee assumes all risk and liability incident to the use thereof. It is therefore understood and agreed that, as a part of the consideration for this conveyance and as a condition thereof, no claim, suit, action or demand of any nature whatsoever shall ever be made by the grantee, its successors or assigns, for injury to a person or persons, including death resulting therefrom, or loss of or damage to property caused by, in connection with or by reason of the presence of said industrial wastes. It is further agreed as a condition hereof that each subsequent conveyance of the aforesaid lands shall be made subject to the foregoing provisions and conditions.

The new owner of the land automatically became liable for any damage done by toxic waste on the land, making such a clause legally unnecessary. Why, then, did Hooker insert the clause? Zuesses's explanation is that Hooker wanted to underscore that the chemicals could be dangerous and should not be disturbed. Consider that in March 1952, a Hooker official escorted school board officials to the site and, with them present, made test borings into the protective clay cover to convince the school board officials that the potentially dangerous chemicals were there. Yet, in August 1953, the school board unanimously voted to remove 4,000 cubic yards of fill from the waste site to complete the grading at another school site. The school board then began building the school on the Love Canal site, and that school opened in February 1955.

In 1957, the school board considered trading part of the property to two developers in exchange for some other land and $11,000 in cash. Hooker executives, upon hearing about the proposal, sent company attorney Arthur Chambers to attend the board meeting where the proposal was discussed. Chambers reminded the board members that chemicals were buried under the land's surface and pleaded with them not to let houses be built on the land. The board deadlocked 4–4, with the result that the resolution to sell the land failed.

Unfortunately, at the same time, city workmen, while constructing a sewer, punctured the walls of the site and its clay cover. They did this even though articles in the local paper at the time regularly warned that the construction was "dangerous" and "injurious."

In short, Hooker Chemical tried on several occasions to warn people about the dangers of the buried chemicals, and the irresponsible players in the drama were government officials. Two decades later, as groundwater tests began finding toxic chemicals and assertions were made that the chemicals were causing birth defects, Brown began writing his articles.

Newman tells some of this story. But at some points, he undercuts it with doubts about Hooker's actions. He writes, for example:

Hooker later claimed that developers removed the [clay] cap when building new homes and streets. But subsequent investigations doubted that the company had actually capped the entire dump (perhaps only part of it)… In short, the Love Canal dump may never have been completely contained.

Here's the problem: In a 306-page book with 32 pages of footnotes, this very important claim is not footnoted. So either Newman has failed to back up a correct claim, or he's simply stating some unspecified person's opinion. The way to plant credible doubt is to show, not just assert, that there is doubt.

Newman quotes much-celebrated Love Canal activist Lois Gibbs's claim that "residents of this blue-collar community have come to see that corporate power and influence are what dictated the actions at Love Canal, not the health and welfare of its citizens." Yet, if Zuesse's version of the story is correct, then it was a major corporation that warned against various politicians' plans to cut through the cover over the toxic dump. Perhaps Hooker Chemical was truly worried about "the health and welfare" of Love Canal's citizens. Perhaps it merely wanted to avoid adverse publicity and possible legal action (despite the legal protections in the deed). Regardless, the problem was not corporate power and influence but corporate impotence. The politicians had their narrow goal—building a school over a potentially toxic dump—and they were not about to be stopped by a mere corporation. Of course, the quote is from Gibbs, not from Newman, but Newman does not even attempt to gainsay her strong claim.

This failure is not just a careless slip. In one section, for example, Newman writes, "It all came back to the concept of justice, for Love Canal families felt that they had been sacrificed on the altar of profit and power." It seems far more accurate to say that they were sacrificed on the altar of the local school board's power; the idea that for-profit Hooker sacrificed them is hard to maintain in light of Hooker's warnings not to disturb the site. Moreover, elsewhere in the book, Newman refers to Hooker's "newfound concern" in 1980 with the "public's health and safety." Newfound? As documented above, Hooker stated and, more importantly, acted on its concern in the 1950s.

And what were the chemicals' health consequences for Love Canal residents? One would think that a 2016 book would at least partially answer that question. But even though Newman refers to bad health consequences, he is disturbingly vague about their nature. He refers, for example, to some blood tests of young children living in the area without even giving a hint about what those blood tests found. Elsewhere he refers to a "much debated genetic test showing that roughly one-third of the thirty-six people sampled may have suffered chromosome damage." One third is high. What, then, was debated? Only when you actually read a 1983 New York Times article referenced in the footnote do you find the following: "Residents and former residents at the Love Canal toxic-waste site in Niagara Falls, N.Y., are no more likely to have suffered chromosomal damage than residents elsewhere in the city, a Government study concluded today." The study was conducted by the Centers for Disease Control. Note the asymmetry: Newman puts the horrific claim about genetic tests in the body, references a New York Times study in a footnote, and doesn't even hint in the footnote either what the study found or that it was conducted by the Centers for Disease Control.

At one point, Newman refers to reporter Brown's being driven "by an old-fashioned sense of justice." I beg to differ. Consider, for example, Brown's claim, which Zuesse highlights: "At that time [1953], the company issued no detailed warnings about the chemicals; a brief paragraph in the quitclaim document disclaimed company liability for any injuries or deaths that might occur at the site." A brief paragraph? As Zuesse points out, this paragraph, quoted above, is the longest paragraph in the whole deed. Newman's idea of an old-fashioned sense of justice is certainly not mine.

It's usually a good idea to revisit important historical issues in light of new information. Unfortunately, Newman's revisit of the Love Canal story omits much of what Zuesse discovered 35 years earlier. People who read it will get many of the apparently false impressions produced by Brown's original reports.

If you want to know the history of Love Canal in the 19th century and first half of the 20th century, part one of Newman's book is for you. But if you want to really understand the key events from the early 1950s to 1980, Zuesse's 1981 article is the place to look.

This article originally appeared in the Winter 2016/2017 issue of the Cato Institute's Regulation. Go here for more information, including on how to subscribe.

David R. Henderson is a contributing editor at Reason, a research fellow with the Hoover Institution at Stanford University, and the editor of The Concise Encyclopedia of Economics.