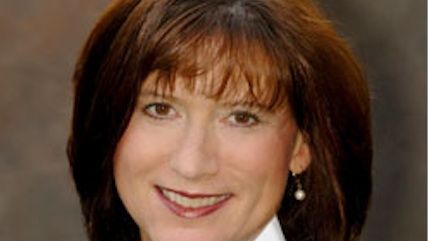 In 2003 President George W. Bush nominated Justice Diane Sykes of the Wisconsin Supreme Court to a seat on the U.S. Court of Appeals for the 7th Circuit. During her 2004 Senate confirmation hearings, which were ultimately successful, Sykes was asked to explain her guiding judicial philosophy.

It was a predictable answer from a conservative judicial nominee. For decades, conservatives had been preaching the virtues of judicial restraint, arguing that the "least democratic branch" of government should be exceptionally wary about striking down the actions of the democratically accountable branches. As the conservative legal icon Robert Bork once put it, "in wides areas of life, majorities are entitled to rule, if they wish, simply because they are majorities." According to this view, the courts should butt out.

Judicial deference still has its followers today on the conservative right. Foremost among them is Chief Justice John Roberts, who concluded his 2012 decision upholding Obamacare with these deferential words: "It is not our job to protect the people from the consequences of their political choices."

Which brings us back to Judge Sykes. Currently Sykes is one of the top names being floated by President-elect Donald Trump as a possible nominee to replace the late Justice Antonin Scalia on the U.S. Supreme Court. This raises some questions. Is Sykes still a devotee of judicial deference? Or have her views changed since her 2004 confirmation hearings?

There may be reason to think that her views have changed. In 2013 Sykes delivered a lecture titled "Minimalism and its Limits" at the Cato Institute's annual Constitution Day conference in Washington, D.C. Her topic was whether or not Chief Justice John Roberts, and the Court he led, "is committed to [judicial] minimalism and, if so, whether that is a good thing."

Judicial minimalism, Sykes explained, "starts from a presumption of deference to the political branches. It self-consciously avoids invalidating acts of the legislative and executive branches either by upholding them on the merits or by using various techniques for avoiding constitutional questions."

Sykes then proceeded to critique the chief justice for his misguided pursuit of minimalism in several cases. "The Court's primary duty," Sykes concluded, "is not to minimize its role or avoid friction with the political branches, but to try as best it can to get the Constitution right."

It seems to me that there is some discrepancy between the views expressed by Sykes in 2004 and those expressed by her in 2014. If President-elect Trump ends up nominating Sykes to the Supreme Court, I hope that the Senate Judiciary Committee will ask her to further explain her position on the limits of judicial deference and the proper role of the courts.