A Stronger Economy Will Also Destroy Jobs, but It's Necessary 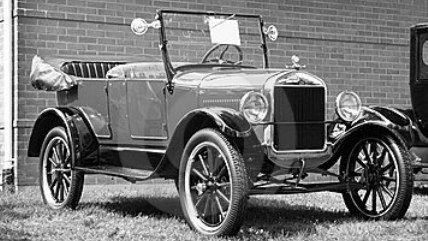 In South Africa, people who speak Afrikaans use the word "robot" to mean the same thing it means in English. But it is also the word for "traffic light." Why? Before automated signals, motorists on busy streets were directed by police officers standing on platforms. Those cops were automated out of a job.

This bit of trivia comes from the dazzling new book Bourgeois Equality: How Ideas, Not Capital or Institutions, Enriched the World, by University of Illinois at Chicago economist and historian Deirdre McCloskey. She points out that automation and robots are nothing new, that they are crucial to raising living standards and that the jobs they destroy are always replaced by better ones.

Today, cars are built partly by robots, which reduce the need for human workers. Notes McCloskey, "Compared with horses, cars themselves are 'robots.' Yet the advent of cars did not produce mass unemployment because of insufficient demand for the output of blacksmiths and horse traders."

Cars had many beneficial effects—expanding the choices and improving the comfort of humans, who once had to rely on other types of transportation. The spread of the horseless carriage also created jobs for traffic cops, at least for a while. Maybe some of them later went to work in factories making traffic lights.

In the near future, Republicans plan to implement policies to unleash economic growth that allegedly has been hobbled by Barack Obama. They believe a simpler tax code, lower tax rates, fewer regulations, stern immigration enforcement and the repeal of Obamacare will lift the economy to dizzying heights. In the ensuing boom, Donald Trump would have us believe, unemployed coal miners, factory workers and other blue-collar Americans will find themselves in great demand.

They shouldn't get their hopes too high. To raise economic growth, not to mention wages, you have to make workers more productive. You don't make employees more productive by forcing them to work harder or demanding that they be smarter. You do it by providing them with advanced machinery, which lets each employee produce more in less time.

When you do that, though, the immediate effect is to destroy jobs, not create them. This process raises fears, illustrated by the late business consultant Warren Bennis' droll prediction. "The factory of the future," he said, "will only have two employees, a man and a dog. The man will be there to feed the dog. The dog will be there to keep the man from touching the equipment."

But pessimistic forecasts have been around a long time and have never come true. The process of change eliminates positions in one sector but creates them in others. In 1950, 20 million Americans lived on more than 5 million farms. Today, we have 2.1 million farms with just 3.2 million people.

Yet U.S. farms feed far more people than they did before. And millions of Americans whose parents or grandparents toiled in the fields now work at other jobs that didn't exist back then, making more money than their ancestors could have dreamed of.

Computers have had a similar effect on secretarial jobs, eliminating more than 3 million of them since 2001. But who would trade their laptops and smartphones in order to put people back to work typing, filing and answering phones?

American manufacturing has produced more and more with fewer and fewer workers. Since 2001, the number of manufacturing jobs has fallen by nearly one-third, while total output has risen by more than a quarter.

Conservative policymakers celebrate the vigorous growth of the Reagan years, which they intend to replicate. What they don't mention is that in the 1980s, manufacturing employment fell by 7 percent, and workers with no more than a high-school education suffered a decline in real earnings—even as those with more education saw their pay increase.

The simple truth is that faster economic growth means more rapid change in the workplace, rendering old jobs and skills obsolete. For most people, over the long term, this process is clearly beneficial, but a significant number suffer. The answer is not to stop progress but to facilitate the movement of the displaced into new occupations or places where jobs abound.

The next administration may or may not succeed in speeding up economic growth or restoring jobs in old industries. But it can't succeed in both. To pretend otherwise is to write a check that can't be cashed.