The anti-Trump Republican would like to bring his anti-spending, pro-Fourth Amendment philosophy to Congress. 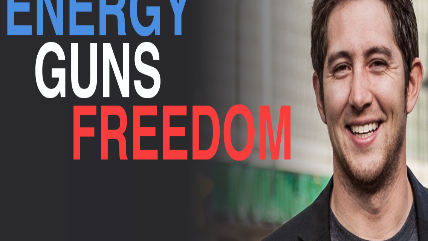 Now Trump is about to be president, and wants Montana's sole sitting federal House member, Ryan Zinke, to be his secretary of the interior. If Zinke gets nominated, Montana will need to hold a special election to fill his seat.

Zolnikov said in a phone interview today that he is "strongly considering" a run for the seat. Rather than a statewide primary vote, in which Zolnikov expects he'd do well, the GOP's nominee for such a special election will be chosen by a vote of the state party's Central Committee, according to the Party's state chair Jeff Essmann on the state GOP's website.

In such a situation, where Party insiders make the choice, Zolnikov's open rebellion against his Party's (successful) presidential candidate could hurt.

But Zolnikov doesn't expect it to necessarily scuttle him. The Central Committee has membership weighted to county population, Zolnikov says, and the county he is from, Yellowstone, is the most populated in the state.

His primary objection to Trump, he said in this week's interview, is related to spending. But Zolnikov's legislative career since first winning office in 2012 shows a strong interest in other liberty issues where Trump's Republican Party is unlikely to be of much support, including due process and privacy. Zolnikov says Kentucky Sen. Rand Paul is his favorite sitting federal legislator.

The composition of the central committee is changing between now and when such a vote on a Republican candidate for a special election would occur, he says, so he's not sure how that will play out. One of his prides as a representative is how he's spent "a year of my life" knocking on voters' doors and he doesn't think being anti-Trump would be poison with a general electorate should he get the Party's nomination. (He won his state House seat this year with 69 percent of the vote, after getting 71 percent in 2014, with what he says is a significantly redistricted electorate.)

How might he explain his Trump opposition to doubtful Republicans? "I am a firm believer that the legislative branch is there to keep the executive branch and judicial branch in check, we are all there to keep each other in check, and I think that will be as important in the next four years as it was in the last eight," he says.

"Do we want a larger government that one day the Democrats will take control of, or a smaller government that does not violate our rights? I think that will resonate with lots of people." Trump's apparent lack of concern with expanding spending and exploding the debt further, with his belief that we can just print more money whenever we need it, are what most alarm Zolnikov. He'd relish an opportunity to be the "a-hole in the room who can say what needs to be said" in Congress to spell out that "our fiscal situation is not pretty, we can't keep spending and spending."

How well does he expect to do? He can't really judge that now, he says, thinking it depends very much on the nature and popularity of the other people who ultimately decide to also seek the Party's nomination.

Zolnikov praised in Zinke a quality he thinks is one of his own best selling points: a positivity and ability to "bring people together; he's got leadership skills and no one is able to intimidate him, [yet he's] also able to talk to anybody. These are extremely valuable skills" in a legislator, he says.

"I'm known for bringing in a whole group of people into a process and letting them known literally it's their process, not just our little insider's game." He thinks you can be a consistent conservative while still being "extremely friendly" as a colleague in a legislature. "You have to have the ability to negotiate," and he thinks sometimes even congressmen he largely agrees with go about things like conflicts with the Speaker with too much "spite." He thinks one of his own Montana legislative victories, ending the practice of taking drivers licenses away over student debt, only happened because of an ability to partner up with colleagues on the left with whom he didn't agree on much.

He believes voters are less interested in partisan or ideological attacks on enemies and more on ways to make their life better: in his estimation, a bill he helped push to make Uber's presence in Montana legal was more important to his constituents than "nasty angry finger pointing" or the sort of big-picture political issues that politicians focus on more. (Zolnikov even drives for Uber.)

While he admits he hasn't fully thought out a foreign policy, he notes he has "a lot of friends who have gone to war and are now back and don't know why they went to war" and hearkens back to the Montana tradition of the first woman in Congress, Rep. Jeannette Rankin, who voted against U.S. entry into both World Wars I and II. (She was the only such vote on the latter.) "I'm not saying that was the right vote," he says, "but she was not willing to just vote for a war that was popular at the time, and that's an important part of Montana's heritage."

His Facebook page, where he discusses all his votes, sloganizes his concerns as "energy guns freedom." Among his legislative goals with energy, he says, are eliminating crony-capitalism special treatment of utilities in Montana law and fighting for easier legal access to ports for shipping Montana coal.

In general, he says, "my legislation has to do with rights, promoting all our rights, not just the Second Amendment." He points with pride to a bill he got through the Montana House, yet not alas the Senate, to mostly prevent state and local law enforcement from using license-plate scanners. He'd like an opportunity to inject more of that sort of pro-citizen, pro-liberty thinking into federal Congress.