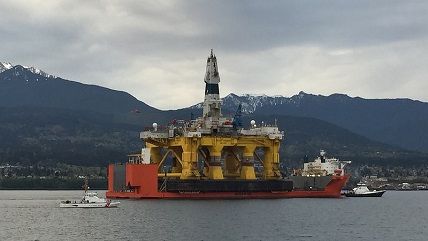 While the left panics over President-elect Donald Trump and the erosion of democratic norms, President Barack Obama went ahead and issued another decree without any regard for the nation's legislative process.

And unlike the First, Second, Fifth or Tenth Amendments of the Constitution, which Democrats have treated as mere suggestions over the past eight years, a provision from 1953 is eternal and nonnegotiable according to the administration—like a commandment transmitted from the heavens. Well, that is unless Republicans pass another law or amend the existing one, right?

There's no explicit statement within the act that says protections are permanent anyway. So Republicans would likely be able to overturn this diktat, as they can the rest of Obama's rickety legacy, which is predominately built on circumventing the lawmaking branch of the United States government. The problem is that Trump (and anyone else who comes along) has little reason not to adopt Obama's unprecedented use of the executive power.

No post-World War II president (and maybe no president in our history) justified executive overreach as a function of his office, regularly contending that Congress—which kept adding seats throughout his presidency—had abdicated its responsibility by refusing to go along with his plans. Whether courts found his actions constitutional or not (and quite often they did), it's an argument that stands, at the very least, against the spirit of American governance.

On the bright side, though, now that a progressive president is leaving office, the media will almost certainly frame abuses of power as something out of the ordinary.

Imagine the scene: For the good of the nation and the future of energy independence, a lame-duck President Trump dusts off an obscure law to open Arctic and Atlantic drilling indefinitely. And to further impede the agenda of the incoming government, Trump signs an agreement with Russia—without any debate in the Senate—to ensure it's even more difficult to reverse.

Visualize, if you can, the scandalized media coverage and gale-force indignation from liberals over King Donald's assault on democracy. Imagine the headlines reading "This. Is. Not. Normal!" and the editorials conjuring up scenes of fascist takeovers.

The outgoing president is merely "implementing new environmental protections" that stand "to thwart" Trump's agenda (by which I assume reporters mean the Republican agenda, as in the people who were just elected to run Washington D.C.).

In other words, Obama—who has long supported policies that artificially inflate energy prices—wants to forever deny the nation access to what could be more than 27 billion barrels of oil and 132 trillion cubic feet of natural gas. Now, given the high costs of exploration and the present affordability of oil and gas, most energy companies aren't clamoring to drill in the Arctic anyway. But at some point this becomes a significant economic and moral decision for a nation. It's not a decision that should be adjudicated unilaterally by an executive in the waning days of his rule.

Whether it's worth accessing this energy or not will be a worthwhile debate one day. More broadly, though, Obama's move—and the hypocritical reaction to it—reaffirm that most Democrats aren't concerned about norms or democracy. They're concerned about furthering items on the liberal agenda.

Your moral certitude on environmental issues (or immigration or gun laws) does not excuse abuse any more than Trump's beliefs excuses his attacks on "norms." Everyone has moral certitude about the issues that matter to them. And if the unifying governing principle of an entire party is achieving policy goals, then stop pretending you care about the erosion of democratic norms. To be taken seriously as a defender of constitutional governance, you might have to stand up for the process when it's inconvenient from time to time. That might mean defending the Electoral College or pointing out that legalizing millions of illegal immigrants without Congress is an abuse of power.

Democrats have failed on this front, so their overwrought grievances about Trump's disposition smacks of hypocrisy. In fact, as one disastrous presidency ends, it's more obvious than ever that Trump has every reason to be emboldened by Obama's actions and the rampant partisan hypocrisy that infects America.