Why Stronger Economic Growth Is So Important 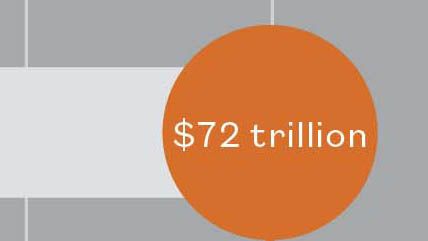 If someone offered you $100,000 in 18 years or $92,000 in 35 years, which would you take? It's a no-brainer, right? Those figures represent the different prospects for an American, on average, under different economic growth scenarios. The difference between 2 percent and 4 percent annual GDP growth might not seem huge, but the effects pile up over time.

Between 2016 and 2026 the U.S. economy is projected to grow at just 1.9 percent per year on average, according to the Congressional Budget Office. While this is a slight improvement over the last eight years (1.4 percent annually), it pales in comparison to the 4 percent growth the U.S. economy saw between 1950 and 1973, or even the 3.2 percent we enjoyed from 1974 through 1981—a time better known for inflation than prosperity. Yet policy makers systematically undervalue changes like deregulation, spending cuts, and free trade that could nudge us closer to the stronger growth scenario.

Slower growth means not only that the economy takes longer to double but that the payoff for the average American is less. Since the population will increase more over 35 years than 18, that same doubled GDP will be shared by a greater number of people—about 32 million more, according to Census Bureau estimates—leading to less GDP per capita.