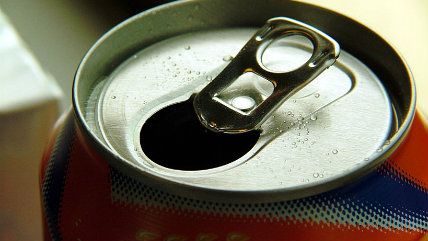 If 15 major cities adopt a sugary drink tax of just 1 cent per ounce, diabetes could be slashed, more than 100,000 cases of obesity prevented and 3,683 deaths averted according to a new report from Harvard's T.H. Chan School of Public Health.

The report claims extraordinary health benefits for close to zero cost except that of administering the tax. So just how do the eminent researchers at Harvard find so many health-related benefits from just a 1 cent per ounce tax?

The answer is what Healthy Food America, who asked the researchers to conduct the study, call an "evidence-based, peer-reviewed computer model." Unfortunately for soda tax advocates, the model collides head-on with the cold hard reality that there is not yet a single real world example of a soda or sugar tax reducing obesity.

Mexico, which was hailed by public health activists and the editorial pages of The New York Times as an example to follow, has so far proved a huge disappointment to anti-obesity campaigners.

Mexico slapped a 1 peso per liter tax on sugar-sweetened beverages in 2013, with health benefits promised to follow. The tax took effect in 2014 and after an initial decline in the average purchases of taxed sugary beverages of six percent, sales are on now on the up again.

Coca-Cola Femsa SAB, Mexico's biggest coke bottler, reported in April that soda volumes in the country rose 5.5 percent, from the previous year. Arca Continental SAB, the second largest Coke bottler, reported a jump in soda volumes of 11 percent. Coca-Cola and Pepsi Cola even managed to edge up their market share rising to 48 percent and 11 percent respectively, according to The Wall Street Journal.

A similar pattern was observed in Finland, with its tax on confectionery items introduced in 2011. Within a year, shops were reporting sales returning to pre-tax levels following a modest decline.

The data on calorie consumption raises further doubts about the alleged health benefits trumpeted in the Harvard model. A study conducted in 2015 at the Mexico Institute of Technology's Center for Economic Research (ITAM) found that calorie consumption per person declined by just 1 percent per week. When researchers examined Body Mass Index before and after Mexico implemented the tax, they found "no discernible difference."

Not only did the tax have close to zero impact on calorie consumption, but those homes with an obese head of the household were actually the least likely to cut back on soda.

The one area the tax has achieved its goal is in the area of revenue. The Mexican government raked in more than $2 billion in soda taxes from January 2014. But since soda taxes hit those with the lowest incomes hardest, one would think this is hardly something to celebrate.

"There is no real world evidence that they have the slightest effect on calorie consumption, let alone obesity. They are stealth taxes which allow governments to pick the pockets of the poor," says Christopher Snowdon, head of lifestyle economics at the Institute of Economic Affairs.

The Harvard report may prove an enticing prospect for legislators looking to make a quick tax grab but as of yet, all the health benefits promised by the apostles of soda taxes have failed to appear beyond the computer screens of university researchers.