Juan Manuel Santos reiterates his call for an end to the war on drugs. 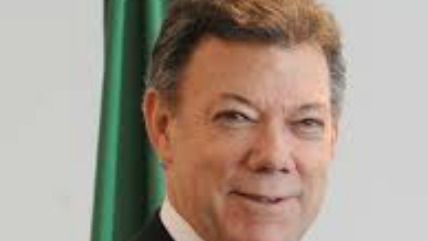 When he was head of the U.S. Southern Command, Gen. John F. Kelly, Donald Trump's pick to run the Department of Homeland Security, complained that marijuana legalization in states such as Colorado and Washington had made Latin American officials less inclined to participate in the war on drugs. But open disenchantment with the drug war among foreign allies predates the first votes to legalize marijuana in the United States. Colombian President Juan Manuel Santos, for instance, has been calling for a different approach since 2011. Santos, formerly a hardline drug warrior, reiterated his readiness for drug peace on Saturday, when he picked up a Nobel Peace Prize for his efforts to end the Colombian government's long-running conflict with the rebel group FARC:

We have moral authority to state that, after decades of fighting against drug trafficking, the world has still been unable to control this scourge that fuels violence and corruption throughout our global community.

It makes no sense to imprison a peasant who grows marijuana, when nowadays, for example, its cultivation and use are legal in eight states of the United States.

The manner in which this war against drugs is being waged is equally or perhaps even more harmful than all the wars the world is fighting today, combined.