The Triumph of Falsehood

Truth struggles when people prefer to believe the lies. 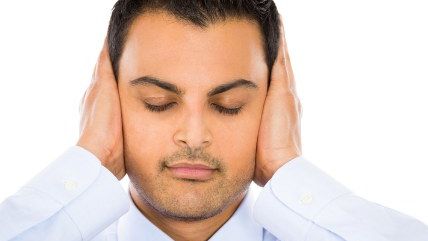 In 1644, the English poet John Milton made an eloquent case against censorship. Freedom of thought and inquiry was not only a God-given prerogative but also the best protection against error: "Let her and Falsehood grapple; who ever knew Truth put to the worse, in a free and open encounter?"

Milton was fortunate enough to live before the internet. It has shown that among many people, truth doesn't have a chance in an encounter with manufactured falsehoods aimed at not only smearing enemies but obliterating the idea of objective reality.

There is now a bustling industry of websites and Twitter accounts whose chief product is fiction masquerading as fact. Their success was both cause and effect of the rise of Donald Trump, who went beyond any previous major presidential candidate in saying things that were utterly baseless and easily refutable.

He didn't have to wait to reach the White House to fulfill his promise to create new jobs. His campaign generated a new demand for fact-checkers, who found that trying to expose his lies was like trying to stay dry in a hurricane. The torrent was too big, fierce and persistent to overcome.

Trump peddled bogus information and profited from that spread by others. Of the 20 most read phony election-related stories circulated on Facebook during the campaign, 17 made him look good or Hillary Clinton look bad. The top two: the pope's endorsement of Trump and Clinton's selling arms to the Islamic State, neither of which contained a particle of truth.

Trump voters are not the only ones with a penchant for believing things purely because they are convenient. The website Vox reported that most of Bernie Sanders' followers want universal health care and free public college tuition but aren't willing to pay anything close to what they would cost in higher taxes. Most Americans can't name their member of Congress or the three branches of government.

It's no accident that so many Americans choose to be uninformed or misinformed. Educating yourself about candidates and their platforms by getting reliable information has little payoff. Your vote, wise or foolish, rarely makes a difference in the policies that affect you.

Being wrong about candidates generally costs you nothing, unlike being deluded about more practical matters. If you think you can fly, you will get a painful lesson when you leap off your roof. But if you believe that Barack Obama is a Muslim—as more than half of Republican primary voters did—you suffer no injury from indulging that fantasy.

In fact, you gain something: a powerful sense of connection with others who share your outlook. For most people who have great interest in politics, argued George Mason University economist Bryan Caplan in his 2007 book, The Myth of the Rational Voter, ideology is a form of religion, and its disciples act more on faith than on evidence.

"Human beings want their religion's answers to be true," he wrote, and stick to them in the face of contradictory information. We have little reason to behave differently on Election Day. "Why control your knee-jerk emotional and ideological reactions if you can't change the outcome?" asked Caplan.

Conventional politicians shade and embellish the truth, but within established bounds. They have enough respect for voters to ration their deceptions.

What made Trump different was his conviction that most people are happy to be fed nonsense as long as it is palatable. He lied without reservation or limit, about topics big and small, and he got away with it. Among his followers, some believed he was telling the truth and some didn't care.

"Fake news" sources exploit the same cynical strategy, confident that many readers will seek out anything that confirms their prejudices and reject anything that doesn't. The news media have discovered that while there is a demand for accurate information, there is also a market, possibly bigger, for malignant myths. No lie is too big or absurd to find a gullible audience.

Not only that, fake news sites have a competitive advantage. Honest press outlets often present information their readers find unwelcome. Dishonest ones offer their customers the promise that their illusions will be preserved no matter what.

Our system of government rests on the assumption that in the long run, the truth will prevail over falsehoods. We have yet to consider what to do if our faith in the truth turns out to be false.