The union may have loved Trump's law-and-order rhetoric, but they don't want to lose funding over cities' refusal to comply with immigration crackdown. 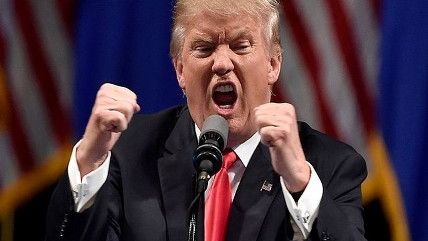 The nation's largest police union—the National Fraternal Order of Police (FOP)—may have been enthralled by Donald Trump's law-and-order rhetoric and promises to enact "stop and frisk" policies on a national level, but there's one element of Trump's strongman act that's not sitting well with them: his promise to crackdown on the over 200 sanctuary cities in the United States.

Such cities, as Reason TV's Zach Weissmueller put it, "instruct local law enforcement officials to not investigate the immigration status of suspects or prisoners in their custody. The thinking is that such restraint will make victims and witnesses more likely to help police."

The powerful public sector union endorsed the president-elect back during the general election, but now they're worried that some of their biggest dues-paying local chapters will be adversely affected by a substantial loss of federal funding if Trump makes good on his campaign promise to punish cities who refuse to deploy their law enfrocement agencies for the purpose of rounding up and detaining undocumented immigrants for the purpose of deportation.

A number of major U.S. cities—including Chicago, Los Angeles, Minneapolis, New York, Philadelphia, San Francisco, and Seattle—have already indicated they will not comply with Trump's edict that "Cities that refuse to cooperate with federal authorities will not receive taxpayer dollars, and we will work with Congress to pass legislation to protect those jurisdictions that do assist federal authorities."

But FOP's Executive Director James Pasco was quoted by the Washington Times as saying, "We do not support the withholding of public safety funds as a hammer," adding, "You can't hold people's safety over their heads to get them to come to your point of view."

The federal government has threatened to withhold federal funds to local law enforcement agencies for non-compliance in reporting deaths in custody to the FBI, but has yet to do so.

Whether or not Trump intends to punish over 200 cities—including highly-populated cities with large unionized police forces—remains to be seen. But with an immigration hard-liner like Sen. Jeff Sessions (R-Ala.) expected to be the next attorney general, it would be unwise to bet against some form of an immigration crackdown becoing a reality.