Yet another federal spending spree isn't going to fix what ails us. 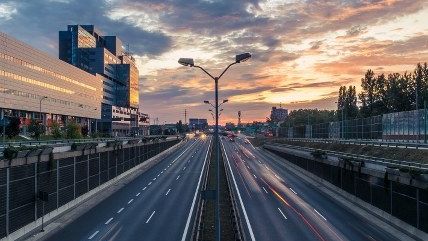 "We've got shovel-ready projects all across the country. And governors and mayors are pleading to fund it. The minute we can get those investments to the state level, jobs are going to be created." — President-elect Barack Obama, December 2008

"There's no such thing as shovel-ready projects." — President Obama, September 2010

Boosting federal investment in infrastructure has never had so many enthusiasts. During the presidential campaign, it was the rare chorus that Donald Trump, Hillary Clinton and Bernie Sanders could all join in singing.

House Democratic leader Nancy Pelosi says she's eager to work with Trump on it. Her GOP counterpart, Kevin McCarthy, expects Republicans to cooperate with their president.

Both the AFL-CIO and the U.S. Chamber of Commerce are in favor. And why not? Not only will we get more modern facilities, we are told, but the gusher of money will invigorate the economy and create lots of blue-collar jobs.

But such investments don't always work out the way they're supposed to. Pouring funds into highways, bridges, airports, dams and other projects is easy. Spending money wisely is hard. What beckons on the horizon, as Obama discovered after getting his $840 billion stimulus in 2009, often turns out to be a mirage.

There are several reasons for deep skepticism about this whole proposed endeavor. One is that the federal government has a lousy record of investing for the maximum payoff. Harvard economist Edward Glaeser has noted that the transportation funding in Obama's package "was twice as generous, on a per-capita basis, to the ten least dense states than it was to the ten densest states, even though higher-density areas need more expensive infrastructure."

Remember that "bridge to nowhere" that Alaska Gov. Sarah Palin bragged about stopping? It was part of a federal highway bill. When Washington lavishes money on transportation, it typically puts politics above economic merit.

There are doubtless many infrastructure fixes that could be done with more spending. But why should the federal government assume responsibility for them? The majority serve mostly local needs and can be financed by the beneficiaries. Mayors and governors are less accountable when such projects are financed by taxpayers who live elsewhere.

People in Los Angeles, Houston and Pittsburgh know better than anyone else what the local priorities are. If taxpayers in those places aren't willing to shore up the bridges or resurface the roads they use every day, it's a signal the money shouldn't be spent. In the 1960s, notes economist Lee Ohanian of the Hoover Institution, capital outlays made up 20 percent of California's state budget. Today they're 3 percent.

Nor will infrastructure spending yield a harvest of new jobs. A study by the Congressional Budget Office calculated that the 2009 stimulus, of which infrastructure was only a part, created no more than 200,000 jobs by 2014—out of the 9 million the economy added during that period.

Andrew Garin, a Ph.D. candidate in economics at Harvard, studied the results of the 2009 package and detected "little to no county-level impact of highway spending on local employment outcomes reported by employers. There appears to be no effect on local highway-construction, employment, overall construction employment, or total private-sector employment."

The prospect of a blue-collar boom is a feat of imagination. Out-of-work coal miners and autoworkers don't necessarily have the skills contractors need to expand airports or replace bridges. The unemployment rate for construction workers is just 5.7 percent, which means a lot of those hired for public projects would be taken away from private ones.

What about the claim that a massive infrastructure program will be a 5-Year Energy shot for the economy? Standard economic theory says that such an effort to boost total national demand can be helpful during a recession. But in the eighth year of a recovery, it will just crowd out private spending, nullifying any macroeconomic benefit.

One likely consequence of this type of program, whether financed with direct spending or tax credits, is to add to the federal debt, to the detriment of future taxpayers. The CBO concluded that Obama's stimulus had modest short-term benefits for the economy but negative long-term effects, because "increased debt tends to reduce the stock of productive private capital."

Trump and others in Washington see an infrastructure push as a superhighway to prosperity. Most likely, it's a grander, shinier bridge to nowhere.