The Go-To Reference for People Afraid of Mass Culture 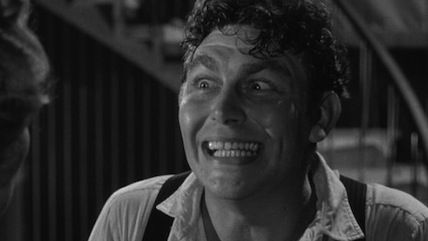 Maybe Tuesday will finally bring an end to one of the more annoying pundit clichés of this campaign season: the constant comparisons between Donald Trump and Lonesome Rhodes, Andy Griffith's character in the 1957 film A Face in the Crowd.

For nearly 60 years, A Face in the Crowd has been a go-to reference for people afraid of the places where populist politics mix with popular culture. The movie has its charms—no film with Walter Matthau in it is all bad, and Griffith turns in the best performance of his career—but it's also bound up with a bunch of overblown anxieties about mass culture and mass media. In the December Reason I wrote about the problems with the picture's worldview, and I also explained why I think a superficially similar movie, Frank Capra's Meet John Doe, is a lot sharper.

And now that article is online! To read it, go here.