Why does Hillary get credit for good intentions, while the rest of us get condemned for honest mistakes?

Jacob Sullum | From the October 2016 issue 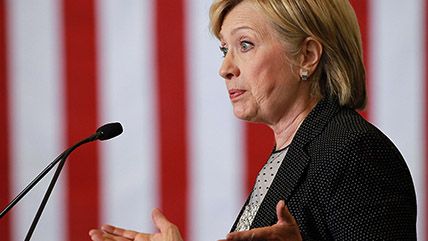 Hillary Clinton supporters should have a new appreciation for the legal concept of mens rea—usually translated as "guilty mind"—because it saved her from federal prosecution for using a personal email server as secretary of state. In recommending that the Justice Department not bring charges against the former first lady, FBI Director James Comey differentiated her "extremely careless" handling of "very sensitive, highly classified information" from other cases involving "intentional and willful mishandling."

Not everyone gets the benefit of such distinctions. Consider the retiree on a snowmobile outing in Colorado who got lost in a blizzard and unwittingly crossed into a National Forest Wilderness Area; the Native Alaskan trapper who sold 10 sea otters to a buyer he mistakenly believed was also a Native Alaskan; and the 11-year-old Virginia girl who rescued a baby woodpecker from her cat.

The first two incidents resulted in misdemeanor and felony convictions, respectively, while the third led to a fine (later rescinded) and threats of prosecution. All three qualify as federal crimes, even though the perpetrators had no idea they were breaking the law.

The federal code contains something like 5,000 criminal statutes and describes an estimated 30,000 regulatory violations that can be treated as crimes. The fact that no one knows the precise numbers is itself a scandal, compounded by the fact that many of these provisions include minimal or no mens rea requirements, which ask prosecutors to demonstrate that an offender knew he was doing something wrong.

The upshot is that innocent acts, honest mistakes, and simple accidents can lead to criminal convictions that deprive people of their liberty and property, ruin their reputations, and carry lifelong collateral consequences ranging from impaired occupational opportunities to the loss of constitutional rights. That's a serious problem, which is why mens rea reform has garnered bipartisan support in the House of Representatives.

Yet Senate Democrats dismiss the proposed changes as "corporate protection." Their chief complaint is that requiring the government to prove a defendant knew he was breaking the law will make it harder to convict people.

No kidding. The same could be said of many safeguards widely supported by civil libertarians, including the presumption of innocence, the requirement of proof beyond a reasonable doubt, and the ban on double jeopardy.

Guilty people, including violent criminals, surely escape conviction because of these rules. Likewise, if Congress beefed up federal mens rea requirements, some white-collar malefactors and felonious fat cats probably would escape criminal punishment as a result. But that prospect should not deter Congress from doing what's right.

"They're saying, 'It would be a terrible thing, because the people we don't like—corporate executives—they will be able to get off by arguing that there's absolutely no criminal intent on their part,'" attorney Harvey Silverglate, a leading critic of overcriminalization, told Reason TV. "So you want absolute criminal liability for people you don't like. However, when they come at you, suddenly you say, 'Well, I didn't intend to break the law.'"

That defense is deeply rooted in our moral intuitions and legal traditions. As the Supreme Court observed in 1952, "The contention that an injury can amount to a crime only when inflicted by intention is no provincial or transient notion. It is as universal and persistent in mature systems of law as belief in freedom of the human will and a consequent ability and duty of the normal individual to choose between good and evil."

To impose criminal penalties on people for inadvertent violations of the law is plainly unjust. That the guilty will sometimes benefit from this principle is no excuse for denying its protection to the innocent.