This week has seen the arrest of one creepy clown and one child who intended to fend off creepy clowns with a knife if necessary. 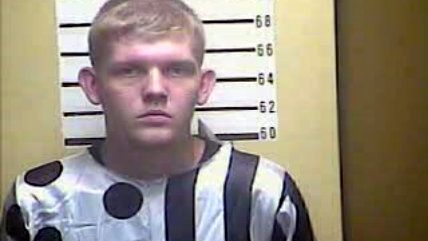 The great U.S. menacing clown revival continues unabated, with tales of creepy, woods-lurking carnival rejects spreading from South Carolina apartment complexes to Alabama college campuses to Pennsylvania parkways. And while most of the reports have turned out to be either bogus or harmless, the clown panic is triggering serious criminal charges for a few.

The first story presents a prime example of public-school discipline run amok, with what could have been handled by a school sanction instead inviting criminal charges. An 11-year-old Georgia girl brought a knife with school to, she told school police, fend off fiendish clowns she had heard about on social media. The knife was confiscated and the child released to her mother—but only after Athens-Clarke County police charged the girl for possession of a weapon on school grounds. Whatever happened to detention? In-school suspension? What good could criminally sanctioning a scared, overly imaginative 11-year-old do?

Meanwhile, in Kentucky, Middlesboro Police reported that 20-year-old Jonathan Martin was arrested Friday for lurking outside an apartment complex around 1 a.m. while wearing a clown costume and creepy mask. Martin was allegedly jumping out at people and trying to give them a scare. As of Friday afternoon, Martin remained in the Bell County Detention Center.

Martin's arrest seems, at least, justified—he was booked for disorderly conduct in the second degree (as well as for outstanding warrants, for failure to pay a city fine and failure to appear in court). The only criminal charge that's questionable is one for breaking the city's anti-mask law.

Not that Martin wasn't wearing a mask—he can clearly be seen getting into a police car in one hell of a creepy clown mask. But the anti-mask statute in general is a weird one. Middlesboro, like a slew of other U.S. cities, bars the wearing in public of "any hood, mask or device whereby a substantial portion of the face is hidden or covered so as to conceal the identity of the wearer."

Anti-mask laws became popular in the first half of the 20th century as a way to criminalize the Klu Klux Klan. And like any authoritarian, illiberal law fashioned to fight the good fight, it's wound up being used not only against bad guys and bigots but against people engaged in peaceful protest and activism, such as Occupy Wall Street protesters wearing Anonymous masks. The KKK has previously challenged some anti-masking ordinances on First Amendment grounds, with some success.