Free exercise rights exist "only to the extent that they do not unduly burden" bans on discrimination, the report says. 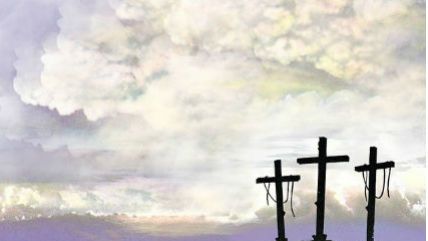 Preventing people from being discriminated against by private organizations is so exceptionally vital that the First Amendment needs to be subjugated to that aim, the U.S. Commission on Civil Rights declared last week.

That's a paraphrase on my part. So that you don't think I'm making it up, I'll now quote directly from the report, which describes "civil rights protections ensuring nondiscrimination" as being "of preeminent importance." (The definition of preeminent is, of course, "above or before others" and "superior.")

"Although the First Amendment's Free Exercise Clause and the Religious Freedom Restoration Act (RFRA) limit the ability of government actors to impede individuals from practicing their religious beliefs," the report goes on, "religious exemptions from nondiscrimination laws and policies must be weighed carefully and defined narrowly on a fact-specific basis."

Weighed carefully? That's an interesting choice of words. So how is a policy maker to know if the need for the religious exemption outweighs the need to protect people from, say, having a photographer refuse to work their wedding?

According to the report, the answer is: It almost never does.

The commission showed its hand by writing that the federal RFRA (which Bill Clinton signed to ensure Americans wouldn't be forced to violate their religious beliefs absent a compelling government interest and no less burdensome alternative) needs to be altered so that everyone understands that it "creates First Amendment Free Exercise Clause rights…only to the extent that they do not unduly burden civil liberties and civil rights protections against status-based discrimination." Likewise for the several-dozen state-based RFRAs that have been enacted over the years.

In other words, your right to not be subjected to laws that violate your beliefs should be treated as categorically less important than my right not to have anyone discriminate against me.

There would be little to take issue with here if the discrimination in question were the work of the government, a la state-mandated segregation under Jim Crow. (When Kim Davis tried to use the power of her office to deny marriage licenses to gay couples, to cite a more recent example, she was ordered to desist—and rightly so.) Unfortunately, the report isn't about public discrimination. It's about private discrimination, such as when a Catholic school wants to hire only people who adhere to the Church's teachings.

It's a fact that different people hold different beliefs about morality. Some feel that offering a health insurance plan that covers contraceptives would make them complicit in a behavior they view as sinful. Others say the same about participating in same-sex weddings, or employing individuals who openly flout the strictures of their faith, or stocking abortifacient drugs in their privately owned pharmacies.

The point isn't that these are good or bad beliefs to hold. The point is that a subset of people understands these actions to be wrong, and yet government entities (at the federal level in the first example, and at the state level in the latter three) have opted to require everyone to engage in them anyway—people's faith be damned.

And these are precisely the types of requirements that the Commission on Civil Rights wants enforced at all costs, and only the narrowest possible exceptions to them entertained.

That's a perfect inversion of how it ought to be. It's probably true that, as the report points out, religious exemptions to such laws "significantly infringe upon" the particular class of "civil rights" that statutorily enjoin private discrimination "based upon classifications" like religion and sexual orientation. But it's just as true that the laws themselves "significantly infringe upon" religion and "the free exercise thereof."

The whole conversation is a red herring. Religious exemptions might violate the laws—but the laws violate the Constitution. And that's the thing about the First Amendment: It comes first.