After adjustment for confounding variables, the association between marijuana use and adverse neonatal outcomes disappears. 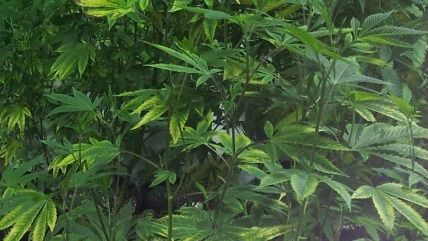 The evidence that cannabis consumption during pregnancy harms fetuses has never been as strong as the evidence that tobacco use and heavy drinking do. One reason for the lack of clarity is that pregnant women who use marijuana are more likely to smoke tobacco, which is known to raise the risk of premature birth and low birth weight. Hence tobacco smoking could be the actual cause of the negative effects associated with marijuana use in some studies. A new review of the research, published last week in the journal Obstetrics & Gynecology, confirms that possibility, finding that tobacco use and other confounding variables account for fetal risks that are sometimes ascribed to marijuana.

After a systematic review of the literature, Washington University obstetrician/gynecologist Shayna Conner and her colleagues selected 31 studies for a meta-analysis. "Based on the pooled unadjusted analysis," they report, "women using marijuana in pregnancy were at increased risk for low birth weight…and preterm delivery." But those associations disappeared after the researchers took into account tobacco use and other potential confounders. Likewise elevated risks of placental abruption and small size for gestational age (SGA).

"We found that maternal marijuana use during pregnancy is not an independent risk factor for low birth weight or preterm delivery after adjusting for factors such as tobacco use," Conner et al. write. "There also does not appear to be an increased risk for other adverse neonatal outcomes such as SGA and placental abruption once we account
for other influencing factors….These data suggest that the association between maternal marijuana use and adverse pregnancy outcomes may be attributable to concomitant tobacco use and other confounding factors."

The researchers caution that "we did not investigate long-term neurodevelopmental outcomes after exposure to marijuana in utero, and further study is warranted in this regard." But they conclude that "the increased risk for adverse neonatal outcomes reported in women using marijuana in pregnancy is likely the result of coexisting use of tobacco and other confounding factors and not attributable to marijuana use itself." While "these data do not imply that marijuana use during pregnancy should be encouraged or condoned," the authors say, "the lack of a significant association with adverse neonatal outcomes suggests that attention should be focused on aiding pregnant women with cessation of substances known to have adverse effects on the pregnancy such as tobacco."

On the question of whether "marijuana use during pregnancy should be encouraged or condoned," it seems to me that depends on the benefits as well as the risks. In the case of medical use (which Conner et al. do not address), the risks and benefits should be evaluated the same way they are for pharmaceuticals, many of which pose potential hazards to fetuses but are nevertheless prescribed to pregnant women if the therapeutic payoff is big enough. When it comes to recreational use, pregnant women who use marijuana are no more reckless than those who drink an occasional glass of wine (which, unlike heavy drinking, is not associated with birth defects), and they are running less risk than they would if they smoked tobacco. Since the government does not automatically assume that pregnant drinkers and smokers are unfit parents, it makes no sense to treat pregnant cannabis consumers that way.