Prohibition Gives Us Heroin Spiked With an Elephant Tranquilizer 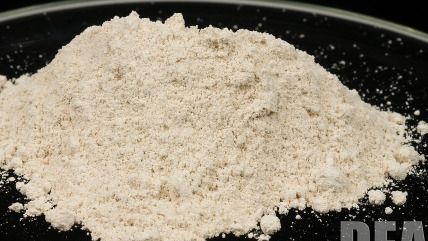 Police think a string of more than 200 overdoses in the Cincinnati area during the last two weeks, including three fatalities, may be connected to the synthetic narcotic carfentanil, a powerful painkiller ordinarily used to tranquilize elephants and other large animals. Carfentanil, which is said to be something like 10,000 times as potent a painkiller as morphine, is an analog of fentanyl, which is about 80 times as potent as morphine. (That does not necessarily mean carfentanil is 125 times as dangerous as fentanyl, which has a narrower margin of safety when used for medical purposes because the ratio of a lethal dose to an effective dose is lower.) Both fentanyl and carfentanil have shown up in powder sold as heroin, either as a substitute or as an adjunct to highly diluted batches of the opiate. So far lab tests have not confirmed the presence of carfentanil in samples of drugs sold in Cincinnati, but emergency responders think they are dealing with something especially strong because multiple doses of the opioid antagonist naloxone have frequently been necessary to reverse the overdoses they are seeing.

Whether the Cincinnati overdoses involve carfentanil, fentanyl, or simply an unusually pure batch of heroin, the fact that time-consuming lab tests are required to say exactly what's in the powder that drug users are snorting, smoking, or injecting points to the real source of the problem: prohibition, which makes drug potency inconsistent and unreliable. In contrast with prescription pharmaceuticals or beverage alcohol, which are delivered in carefully measured and accurately labeled doses, black-market heroin is unpredictable and may not even be heroin at all. That's not to say people don't die from consuming too much oxycodone or vodka (or by mixing them with other depressants, which is typically the case with deaths involving opioids). But prohibition makes it unnecessarily difficult for drug users to avoid fatal or nearly fatal outcomes.

Drug warriors compound the uncertainty associated with the black market through enforcement efforts aimed at boosting retail prices. To the extent that they actually make heroin more expensive to produce and distribute, they encourage dilution, which they portray as a sign of success. But weaker heroin encourages users to take larger doses, a habit that may prove lethal when purity bounces back, and encourages dealers to compensate by adding boosters such as fentanyl and carfentanil. Meanwhile, the ongoing crackdown on painkillers encourages opioid users to switch from predictably potent pharmaceuticals to whatever's in the packets sold by heroin dealers, which might be an elephant tranquilizer.