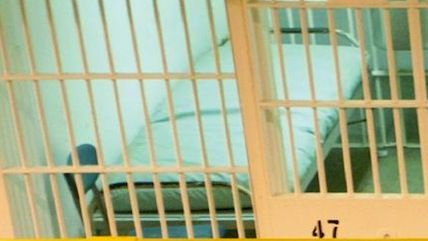 Only recently have scholars taken a sustained interest in the 20th century construction of the "carceral state," the instruments and political logic by which the United States became the global leader in imprisonment. In Prison Break, David Dagan and Steven M. Teles, a pair of political scientists based at Johns Hopkins University, offer an elegant account of a related story: the conservative pivot away from prison.

Given the role that law-and-order Republicans played in forging the punishment apparatus in the first place, the story told by Dagan and Teles is as surprising as it is important. Since most criminal law is written by the states, most offenders convicted of a crime go to a state prison. As of now, Republicans boast almost twice as many governors as Democrats; in 23 states, they control both the statehouse and the executive. If the carceral state is to be dismantled, Republicans will have to supply not just the workhorses but much of the leadership as well.

The central insight of Prison Break is that Republican criminal justice reformers do not accomplish their task by parroting progressive views or renouncing cherished ideas. Instead they adopt what Dagan and Teles describe as an "indigenous" language, fashioning an authentically conservative critique of mass incarceration. The authors pay particular attention to a process they call identity vouching: a willingness to entertain unorthodox ideas when a well-credentialed and highly trusted leader or organization espouses them.

Identity vouching helps explaining all manner of reforms, from support for gay marriage to action on climate change. But it is particularly well-suited to the elite group of conservatives converted—sometimes as part of an actual Christian conversion—to oppose the politics of mass incarceration. Dagan and Teles recount the stories of two Republican insiders, Pat Nolan and Charlie Colson, both of whom served time behind bars and, as a result, offered powerful testimonials on the dismal choices prisoners confront. Colson, known as President Nixon's "hatchet man" and convicted for his role in the Watergate crimes, founded the organization Prison Fellowship after his release in 1976, and he used this platform to perform outreach to prisoners and their families as well as mount criticisms of the "lock 'em and leave 'em" approach to criminal justice. Two decades later, Nolan joined Colson's group after his own stint in federal prison, and with him came renewed focus on legislative advocacy and conservative reform.

Prison Fellowship and its affiliated work was a lonely ministry until Tea Party activism endowed the party with a more stridently ideological tenor, opening the door to a critique of the prison-industrial complex that resonated with the movement's appraisal of government performance in other areas. By "creating a climate of permanent austerity in the states," Dagan and Teles write, Tea Party activists made the "GOP's long time exemption [from fiscal review] for police and prisons ideologically and fiscally untenable." Republicans who "established increasing levels of incarceration as a problem" now positioned themselves as more conservative than others, not less.

The authors devote much attention to Texas' pioneering efforts, which began in 2007, and Georgia's more ambitious reforms, which started in 2011. After these states lent their conservative imprimatur to criminal justice reform, South Carolina, North Carolina, Mississippi, and Ohio followed with substantial legislative packages. In general, the new laws entailed lower penalties for nonviolent crimes, non-carceral sanctions for parole and probation violations, drug court diversion, credits given for good behavior in prison that applied for early release, or a rollback of "truth in sentencing" laws. With no great fanfare, against the run of the recent past and in the face of pressures from within their own party, red states have emerged as leaders in criminal justice reform.

These changes were driven not just by lawmakers pursuing savings but by technocrats at nonprofits, who worked diligently–and quietly–to supply reformers with information and expertise. As conservative leaders in Georgia and Texas leveraged their reputations, the Pew Charitable Trusts and the Justice Reinvestment Initiative hosted briefing sessions to counsel skeptics that prison was, in essence, a poor investment: a costly endeavor that often failed to enhance public safety.

And yet the story is not simply one of persuasion. The book's subtitle promises to tell us Why Conservatives Turned Against Mass Incarceration, but in fact we learn much more about "how" than "why." Absent other factors, the same activism from the same influential conservatives would have amounted only to speaking engagements and ornamental change. Though the authors treat as secondary the burdens of incarceration—how much prisons cost, how much they fail—these brutal and recurring facts feature prominently as motives for the conservative lawmakers who guided reform. Willie Horton–style scare ads might win elections, but they carried extensive (and expensive) implications. Over the last decade, Republicans discovered that prison was good politics but bad policy.

This raises the question of "interest," a fundamental preoccupation of political science famously examined in James Madison's Federalist No. 10, a treatise on factions motivated by shared concern. In a delicate brush, Dagan and Teles group various traditional incentives under the rubric of fortunata, a term they borrow from Machiavelli. Fortune could be good; it could be bad. Either one presents opportunities for reform.

This casual treatment of interest as merely background for their story exonerates decades of deliberately targeted incarceration via the war on drugs. To be clear, Dagan and Teles do review the racial bias in incarceration at the outset of their book. But in failing to give adequate attention to interest, they miss a tectonic plate shift that structures much of their story: the boom in rural drug use that has incarcerated tens of thousands of red-state and red-county offenders. Between 2000 and 2009, rates of incarceration for African Americans dropped precipitously, while rates for whites, especially white women, increased dramatically—most likely, according to the Sentencing Project, as the result of the mandatory sentences for methamphetamine possession and trafficking. Since then, the rise in rural heroin use has only accelerated these trends. Laws that conservatives designed to target others register differently when they wreak havoc at home. It is only natural that red-state drug problems have triggered red-state criminal justice reforms.

When Dagan and Teles omit these facts from their story, they unintentionally reinforce a narrative that positions people of color as criminals and whites as law-abiding citizens who adjudicate their fate. This oversight is particularly remarkable in light of the fact that two of their conservative protagonists came to criminal justice activism because of the time they served in prison. By confining discussion of white criminality to anecdotes and elites, Dagan and Teles convey a sense that it is exceptional.

Instead, the churning state apparatus of the drug war has helped to narrow the racial disparities of mass incarceration by assuming a posture more egalitarian in punishment, not more judicious in application. In fact, the drug war–fueled carceral state is incapable of such discretion. The United States government is addicted to the drug war. Although Dagan and Teles describe a number of material interests at stake in mass incarceration—prison guard unions, prosecutors, law enforcement, bail bondsmen—the authors do not give due consideration to the many ways in which state power itself relies on the drug war to execute daily tasks, from policing the inner city to exercising influence throughout the developing world. Drug prohibition is a blunt instrument, brandished by a behemoth.

Without an understanding of how deeply vested the state is in the drug war, criminal justice reformers of all stripes will preoccupy themselves with transactional instead of transformational change. Conservatives will encourage the proliferation of faith-based groups to help ex-offenders adjust to civilian life (another "interest" that receives only glancing recognition from Dagan and Teles); liberals will call for more investment in underserved communities. Both represent worthwhile ambitions. But who will rethink the drug war itself?

Some conservatives are now joining other politicians in tepid or fitful support for the decriminalization of illicit drug possession. Such efforts are valuable, but they do nothing to disrupt rampant criminal drug markets. Even the best intentions, guided by our best talent, will fall short in the face of the prohibition of illicit substances and the violent crimes that follow in prohibition's wake.

It will take much more than a well-placed cadre of political insiders to redirect the tidal scale of the war on drugs. It will require oppositional as well as establishment politics, for in this fight, the government, a necessary agent of change, is also the principal obstacle to it.

Fortunata only goes so far.