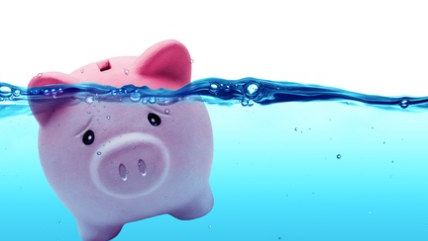 Gov. Jerry Brown and the California legislature approved some very modest public employee pension reforms back in 2012. As I wrote about it way back then, the reforms didn't stop the state's massive pension bomb (the unfunded liabilities that come from the state and municipalities pushing pension debts further into the future while still promising employees more and more) from ticking, but it did stop some of the worst abuses of the system and tried to scale back future promises to keep the bomb from growing larger.

One of the practices the pension reforms aimed to stop was "pension spiking," where government employees found ways to take advantage of bonuses and inflate their final salaries unnaturally while approaching retirement to increase the size of their post-retirement pensions. This has help contribute to the thousands of government employees in California receiving six-figure annual pensions.

But the employee unions resisted and have done everything they could to block these reforms from happening. At the heart of the fight is what's referred to simply as the "California rule," a reference to court decisions and interpretations of the state constitution that have made it nearly impossible to reduce anything considered an employee benefit once it has been implemented.

All of that may have changed, if a new ruling handed down this month by a state appellate court for the First District up in San Francisco holds up. In response to a lawsuit by a union representing employees working for Marin County, judges ruled unanimously that pensions are not as set in stone as the unions would like the government to interpret. Yes, the court ruled, the public employees did have a right to pensions, but that right "is only to a reasonable pension—not an immutable entitlement to the most optimal formula of calculating the pension." This means that lawmakers can put rules into place that stop pension spiking.

There's a lot of cheering about the decision by those who understand the massive nature of the state's pension crisis. Mind you, this ruling has to survive a state Supreme Court challenge as well.

And while I don't want to piss all over the corn flakes of pension reformers here (given that I'm one of them, and the Reason Foundation itself is a major pusher of changes), there's still the matter of whether there's political willpower in the state and municipalities across California to actually defuse these pension bombs.

We already have examples where a municipality had been granted the opportunity to pull back on its pension commitments and declined. During Stockton's bankruptcy, the city was given the chance to renegotiate its pension debts just like all other debts and kept things as they were. San Bernardino, currently still trying to negotiate its way out of bankruptcy isn't cutting pensions either (but it did eliminate its entire fire department and contracted out to the county).

Because public employee unions are so powerful and influential in California politics, lawmakers face some potential risks in acting against their interests. And it's not necessarily a partisan problem, though certainly California's Democratic pro-union leadership contributes. For every Democrat supporting the Service Employees International Union, there's a Republican supporting the California Corrections Peace Officers Union (well, maybe it's not a one-to-one comparison given the state's lopsided political affiliation).

But here's something to think about if this court ruling holds up: If it is possible to make "reasonable" changes to pension programs, but lawmakers are afraid of the political consequences of doing so, then there's the ballot initiative system. Pension reformers had introduced an initiative that they intended to get on the fall ballot. They withdrew it earlier this year expecting a very expensive fight in what's looking to be a pretty hot election year.

They plan to reintroduce reforms for the 2018 election. If this court ruling holds up, then that could encourage the costly fight against the unions. We know from research that pension reforms that reduce taxpayer liabilities are very popular with voters. But as long as the state acts as though pensions are sacred cows, even pushing through initiatives might not fix the problems. Letting the cows grasp that the slaughterhouse actually exists might make them a little bit more cooperative.