Left-leaning parties and supporters want the Parliament to make it happen. 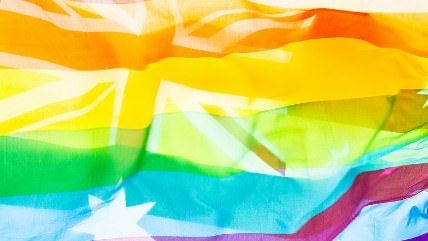 It appears as though Australians will not be heading to the polls to decide whether the government should recognize marriages between same-sex partners after all. In this case, parties on the left are blocking the public vote, which had been organized as a sort of compromise by conservatives who are part of the country's ruling Coalition and would not legislatively approve same-sex marriage.

But supporters of same-sex marriage in Australia don't want a public vote, though polls show that Australians overwhelmingly support recognition. They object to the cost of having an election for this issue (remember: voting in Australia is mandatory), and gay marriage proponents also oppose having a public vote on a human rights issue. But not a vote by lawmakers who represent the public. Go figure. (Well, I suppose you can't launch a campaign to boot your neighbors out afterward if you don't like how they voted.)

But that path to a Parliament vote is equally complicated, and The West Australian wonders if it might actually take several years more than to legalize it via lawmakers. The issue here is that Australia's Parliament is fragmented across several parties, and most votes are strictly enforced along party lines. The same reason that Australia's Parliament can't get approval for a public vote on gay marriage is essentially the same reason why it hasn't been able to get through the Parliament itself. There hasn't been a strong enough coalition between different groups.

David Leyonhjelm, Australia's libertarian (technically Liberal Democrat) senator, had been trying to push for a same-sex marriage vote in the Parliament. Under the previous government (they've had a change in prime ministers and a new parliamentary election since then), the only way to have gotten gay marriage through the Parliament would have been for the ruling political parties to permit their members to vote their consciences rather than a party line. Attempts to make that happen in the government's ruling Coalition (center-to-right Liberals and Nationalists) failed, and the Coalition's official stance on same-sex marriage was in opposition. So members of those parties in the Parliament were expected to vote against it. Ao it has not been pushed to a vote in the Parliament yet.

The new Parliament keeps the same ruling coalition in charge, so there's a new push on Prime Minister Malcolm Turnbull to get lawmakers to actually vote (and obviously vote "yes"). Read more here.