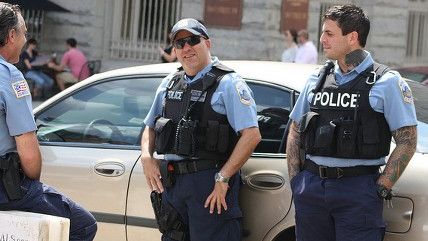 Since 2013, Dallas Police Department policy included a mandatory 72-hour waiting period before officers involved in shootings would be interviewed by the internal affairs division. During that time, officers had the right to review any video evidence of the shooting before making a statement to investigators. These waiting periods are common in police union contracts, and are frequently built into the Law Enforcement Officers Bill of Rights laws in 14 states (some states allow for as much as a 10-day waiting period).

But last week, the Dallas PD ended the 72-hour delay in investigating officer-involved shootings, as part of a direct response to 14 demands from the activist group Next Generation Action Network (NGAN). Chief David Brown reportedly ordered his senior staff to address each demand in an official department statement, and while some of the responses from the department push back on accusations of bias or a lack of accountability, the very first response is a significant step towards reform.

Replying to the demand to "Abolish the 72 hour wait after an officer involved shooting," the department wrote, "Effective immediately, every officer will be provided the same legal rights as any other citizen who is the subject of a criminal investigation." It is important to note that this does not compel officers to talk — they still have the right to remain silent and consult an attorney — but it removes the privilege enjoyed by police, but not civilians, to take substantial amounts of time to craft a favorable story by accessing available evidence.

The Dallas Morning News quotes NGAN's lawyer Kim Cole as saying that interviewing officers after shootings is crucial because, "If you don't get fresh information in that moment, you lose the integrity of that information."

The Dallas PD suffered a devastating attack by a deranged gunman last month which left 5 officers dead during an otherwise peaceful protest against police shootings, a tragedy compounded by the fact that Dallas has been in the vanguard of police reform since Chief Brown took office in 2010. Brown's policies have clarified use-of-force rules, increased accountability and transparency, and sufficiently cut down on aggressive enforcement of petty crimes like traffic violations. The result has been a substantial decrease in officer-involved shootings and complaints about exceessive force.