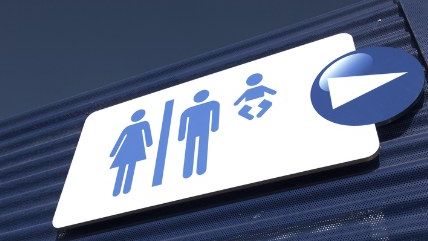 Federal Judge Reed O'Connor of the Northern District of Texas has granted a nationwide injunction that prohibits the Department of Justice and Department of Education from attempting to legally enforce its recent "guidance" on how to treat transgender students.

The guidance told all school districts across the country that the Obama administration's interpretation of Title IX requires that schools must allow transgender students to use the facilities (restrooms, locker rooms, et cetera) of their expressed gender. Several states do not agree with this interpretation of the law and have objected, turning to the courts out of concern that their federal funding could be jeopardized if they don't comply with the orders.

Judge O'Connor agreed with Texas and essentially noted that the administration supplied much more than just "guidance," and despite the administration's claims otherwise, federal agencies were setting up new rules without going through the correct procedures.

To be clear, O'Connor is not ruling whether it is appropriate for the federal government under Title IX to require transgender students to be accommodated. Rather, his ruling is focused on whether the way the administration has been pushing this order forward has been appropriate under the law.

The administration attempted to deflect the lawsuit by attempting to claim that this all was "guidance" and that the states' federal funds were not currently threatened. This was perhaps an odd choice, given that the Department of Justice is actually suing the state of North Carolina right now to try to block the implementation of HB2, which prohibits transgender accommodation in public school facilities and government buildings. That lawsuit is referenced in the ruling, and O'Connor also notes that complying with the guidance brings new costs and actions that states must account for, giving them standing to oppose the non-legislative way this guidance is being pushed on them.

Whatever may be reported or tweeted about the ruling, this is not a judge saying that schools are right to discriminate against transgender students, and it doesn't even block school districts from accommodating transgender students on their own. It's about agencies within the Obama administration attempting to bypass the legislative and rule-making process and just putting policies in place that expand their own authority.

The ruling is different, but the reasons are not dissimilar, to last week's smackdown of the Equal Employment Opportunity Commission (EEOC) in a case where a funeral home fired a transgender worker who wanted to switch from wearing a male uniform to a female uniform in the workplace. A judge determined that the EEOC failed to consider alternative solutions (as required under the Religious Freedom Restoration Act) before taking the most punitive approach against the funeral home. As The New York Times recently noted, President Barack Obama's legacy as president will most certainly be focused on how he and the agencies that serve the administration have been using new rules and regulations within the executive branch to bypass the lawmaking process and push their political goals forward. This is far from the first time the judiciary has stepped in and stopped it, and it probably won't be the last.

Read Judge O'Connor's ruling here. Also note that the Supreme Court is still considering whether it's going to take up any cases over these disputes.