Gary Johnson campaign manager Ron Nielson does not think this will harm Johnson in Utah, currently his most promising state. 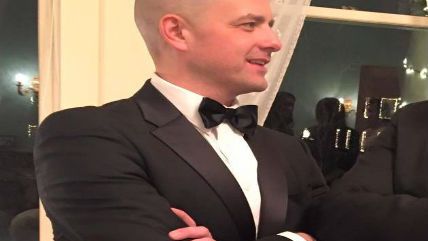 Good news and bad news for the late-entering independent presidential campaign of Evan McMullin, running explicitly to shave off Republicans who can't stomach nominee Donald Trump: he made the ballot in Utah, but failed in California.

As Politico reports, McMullin's already too late for over two dozen states. See this post by me for a list of states whose deadlines for ballot access are already past, some long past.

His campaign is implying they might sue to get their way onto ballots whose legal petitioning deadlines are past:

McMullin campaign chief strategist Joel Searby confirmed that the campaign had missed [Caliornia's] deadline and was looking for alternative routes to get on the ballot.

"In California, both the legal and write-in options remain for us and we intend to pursue any and all options to ensure that Californian's get a chance to vote for Evan McMullin in November," Searby said in an email.
"Part of the problem with California and Florida and Texas and several others is that the threshold is so wildly divergent from almost every other state. so we believe it's ripe for a challenge and we intend to proceed," Searby said in a follow-up interview.

Utah, a very anti-Trump state, is also, likely not coincidentally, Libertarian Gary Johnson's currently highest polling state, and one key to their plans to actually win some electoral votes.

I asked Johnson's campaign manager Ron Nielson in an email this evening whether he thinks McMullin could harm their progress there.

"No, I don't," Nielson replied in an email, stressing that "The campaign is building a very strong organization in Utah and gaining support every day. Recent polls show Johnson at 16% in Utah."