Charging Child Sex-Trafficking Victims With Prostitution Is the Only Way to Save Them, Say California Prosecutors

Without the threat of jail time, victims won't have incentive to testify, prosecutors complain. 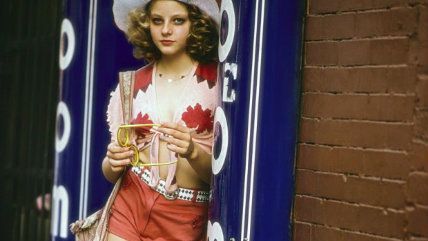 (Still from the film "Taxi Driver")

Under California law, anyone under age 18 who is engaged in prostitution is considered a sex-trafficking victim, regardless of whether any force or coercion is involved. Yet teens in the sex trade can also be charged under state law with committing prostitution. California legislators are trying to change this, with a bill that would prohibit the prosecution of minors for prostitution charges. But the measure has run into opposition from law enforcement officials, who say that arresting victims is integral to saving them.

The legislation, Senate Bill 1322, passed the state Senate in June and could come up for a vote in the Assembly this week, according to the San Francisco Chronicle. But it "faces a tougher vote in the more moderate Assembly," warns the Chronicle, "where some Democrats have aligned with law enforcement groups."

This includes the California District Attorneys Association, which says that without the threat of criminal sanctions, victims won't have enough incentive to testify against people the state would like to lock-up as pimps.

If prosecutors can't make a case against someone without throwing their alleged victims in jail, that sounds to me like it's prosecutors problem. But apparently California prosecutors think vulnerable teenagers should bear the brunt of their inadequacy.

Sean Hoffman, director of legislation for the district attorneys association, told the Chronicle: "If they can't keep a victim in a facility"—i.e., jail—"long enough for a provider to reach that child with services, then we undermine the efforts of a number of great community-based organizations that are having tremendous success in servicing victims of human trafficking."

Again, it doesn't really sound like these "great community-based organizations" are actually "having tremendous success" helping trafficking victims if the only way people use their services is when forced by the state, but I guess we all define success differently. If all you care about is filing bodies into your program whether they want or need help or not, then getting police to force scared teens your way is a fine recruitment tack, I guess.