#SaveMarinaJoyce and the Fickle Nature of 'Compassionate' Meddlers

The wages of collective compassion 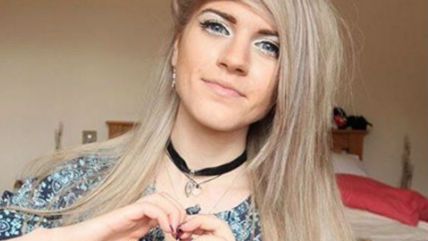 This week many fans of YouTuber Marina Joyce, who posts videos on her channel about make-up and fashion tips, decided she must be in danger. Joyce didn't say so, and even told fans multiple times she was not in danger, but internet users, as internet users are wont to do, began to pull details from her recent videos to concoct a theory about Joyce being abused or kidnapped, possibly even by ISIS for use as a lure in an upcoming terrorist attack. There were so many calls to local police (Joyce lives in England) that they went to her house to check on her and tweeted that she was fine.

Eventually, Joyce's mother revealed she was suffering from schizophrenia. Joyce herself had repeatedly expressed surprise at people's concerns, and in a livestream described it as a "publicity stunt started by my viewers, not me." So the online mob that formed to dish out some collective "compassion" turned on her. The quote was passed around Twitter and the internet with the "by my viewers" part cut out. People who had spent days reading about Joyce and trying to "figure out" what happened were now angry, not with themselves for wasting time and bothering a stranger they might like to watch on YouTube based on their interpretations of her life, but with Joyce.

A Twitter search of the #SaveMarinaJoyce hashtag will find some sympathetic comments, and a lot of folks with no connection to Joyce except possibly subscribing to her YouTube channel or following her on Twitter (both of which they are always free to stop doing) expressing anger that Joyce wasn't clearer about not having been kidnapped or held hostage. How much clearer could she be?

The story of #SaveMarinaJoyce, which started less than a week ago, is illustrative of the same emotional inputs involved in bad policies pushed in the name of helping someone or something, from the drug war to the effort to "rescue" sex workers to "humanitarian" interventions like the one in Libya. They begin under the guise of compassion, and when it turns out a lot of people aren't necessarily interested in the kind of "compassion" that comes with coercion, the boot comes down. The widely reviled 1994 crime bill, which contributed to rising incarceration rates, is still defended under the premise lawmakers had to do something to "help" with crime. Hillary Clinton eventually started to blame an "obstructionist" Libyan government for the aftermath of the U.S.-backed intervention. The changing mob reaction captured in #SaveMarinaJoyce is as good an example of any why "I'm from the government and I'm here to help" can be such a dangerous phrase. Government is just a word for the meddling we want to do together.