The Party of Upworthy

I turned on C-Span to see a convention. What happened next changed everything. 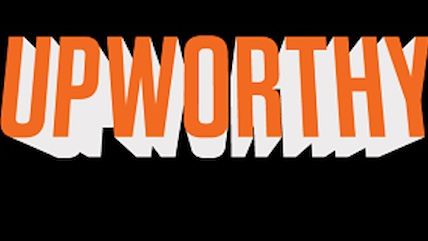 If Donald Trump is the first man to run for president as a Twitter troll, the Democrats are putting on the first political convention that plays like a reel of Upworthy videos. The only things missing are the clickbait headlines. "Hillary Is a Change-Maker. Here's Why That's Important." "These Heartwarming Stories Will Renew Your Faith in Foreign Policy." "Elizabeth Warren's Reply to Donald Trump Is Perfect." "Watch Sarah Silverman DESTROY the Bernie Bros."

There are occasional breaks—a heckle, a vote—but almost everything here is aimed at an audience that wants to feel Inspired, to Make History, to be told why something's a Big Deal. The prerecorded clips played between speeches look like they were designed by a committee that really wants them to go viral, and who filled the soundtracks with emotional cues for anyone who isn't sure what he's supposed to be feeling. Even the musical numbers have a made-for-Facebook flavor. (Look! It's a celebrity-studded cover of "Fight Song"!) And the candidate, of course, is presented not merely as a politician with a policy program but as an Inspiration To Little Girls Everywhere.

This is the politics of a Kony hashtag, of an image macro with a mangled quote, of a college student staring earnestly at a camera while cradling a small sign. If you're prone to writing phrases like "Wow. Just wow." then this may be the convention for you. Me, I'll be looking for the Party of Clickhole.