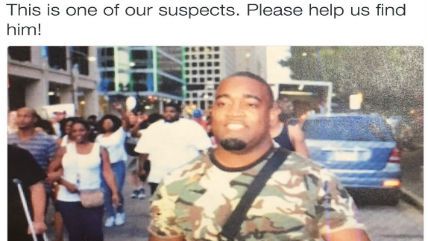 Remember when everyone was all panicked over the fact that people would legally be able to open-carry weapons in Cleveland during the Republican National Convention? Which got various police and public officials to discuss unilaterally abrogating citizens rights with no legal pretext? (Daniel Payne wrote about what a bad idea that was.)

That was in the wake of various police in Dallas and around the nation claiming that open carry in Texas, because of a fantasized and non-existent situation in which "everyone starts shooting," was something that should be curbed? When the only real problem it created even in the chaos of the Dallas police shooting was for black open-carrier Mark Hughes, who the Dallas police publicly fingered as a suspect just for being legally in public with his weapon, although he was not involved in any way? (I wrote about that.)

As Brett Decker explains in USA Today, all that worry over open carry was pointless.

Major news organizations across the country cautioned that the sky was falling because of legal gun carriers, with many editorials illogically tying law-abiding citizens to future mass murder…

All the panicked warnings amounted to a big misfire. Chief Williams later admitted that open-carry wasn't a problem, noting that "nobody's been arrested or has challenged the things we asked them to do." ….

There were legitimate safety concerns surrounding the convention, but not related to law-abiding citizens packing heat. The acceleration of terrorist attacks on soft targets globally….provided more justification for those downtown to be able to protect themselves, not less. That events turned out calmer than expected can at least partly be attributed to the deterrent effect that is common when would-be criminals know their potential victims might be armed and able to protect themselves.

As with most political and media panics over weapons and our right to own or carry them, the actual problem proved either nonexistent, as in this case, or at least wildly overestimated.