Hey, Gov. Hickenlooper! When Are Democrats Gonna Get as Brave About the Drug War as Colorado!

The process is "moving," the Colorado governor says, and positive results will "change a lot of minds" 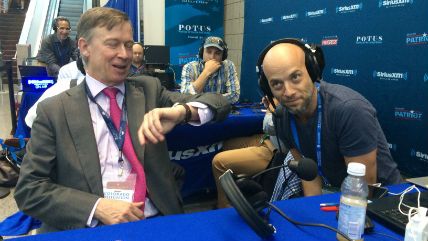 This morning, as I will be doing on Wednesday, I guested on SiriusXM Insight Channel's Stand Up! With Pete Dominick from 10 to noon ET, talking all things convention. As we were yakking, Colorado Gov. John Hickenlooper dropped by. Dominick asked me if I had any questions for the governor—who started as an opponent to legalizing marijuana in his state, and later changed his mind—and so I asked the question in the headline of this post. Listen to his answer here: