Brickbat: A Little Bit of Soap 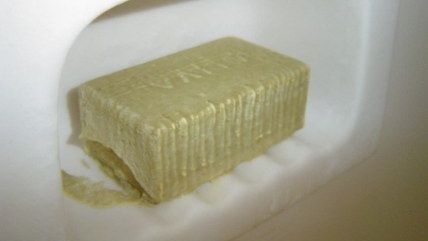 The Pennsylvania State Police has agreed to pay $195,000 to settle a wrongful imprisonment suit brought by Alexander Bernstein. Bernstein was held in jail for almost a month after a field drug test falsely showed homemade soap he was carrying in his vehicle to be cocaine.