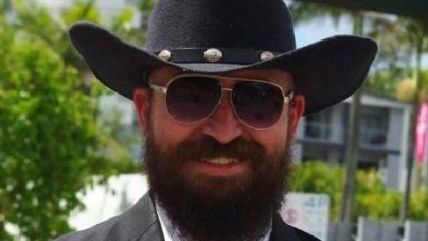 Australians are in the midst of a national election of their own, a complicated affair that involves dissolving and electing its whole bicameral Parliament, something that hasn't happened since the 1980s. Australia's rule by party and complex voting system based partly on preferences and slates means that even though the election was held on July 2, the actual shape of the new Parliament is still being hammered out.

This means David Leyonhjelm, a senator from the Liberal Democratic Party (Australia's libertarian party) is fighting to keep his seat representing New South Wales. But to the north, representing Queensland, a second libertarian may end up joining Leyonhjelm, if Leyonhjelm himself makes the cut. Gabriel Buckley, the LDP's national president, may land the final Senate slot for Queensland.

Buckley is both an IT consultant and the frontman of a rock band, The Whiskey Protocol. He calls himself a free market anarchist and has been vocal in opposing the nannyist nature of Australia's governance. Australia has a tendency to try to fight criminal mischief by attempting to ban behavior that it thinks may lead to such mischief. Areas have implemented "lock out" laws that require bars to close at a certain time, which has apparently devastated Sydney's night life and resulted in businesses closing (and in typical big-government nannying, the most powerful players—a casino in this case—manage to hammer out exemptions). Concerns about drug dealing from biker gangs have resulted in laws essentially regulating freedom of association among motorcyclists (similar to laws we see in America that attempt to keep suspected gang members from hanging around each other). Buckley and the LDP have been opposing such nanny laws, and also calling for marijuana legalization, same-sex marriage recognition, free trade, assisted suicide, gun rights, and the familiar libertarian platform of individual freedom.

Having only two libertarian senators in Australia's 76-seat Senate doesn't seem much, but as Leyonhjelm has previously explained, Australia having more than two parties active in the Senate's make-up creates for a different dynamic. The party with the most senators under its banner will appear to continue to be the Liberal-National Coalition, which is a political alliance of moderates and conservatives. But current numbers will have them controlling less than half the Senate. Senators outside the majority and primary opposition (Labor and Greens) make up what they call the "crossbench," given that "third party" isn't quite an accurate term here. Those "crossbenchers" from the LDP and other smaller parties can make or break legislation when the majority and opposition groups do not agree. The Coalition will not be in a situation where it can simply ram through legislation.

We will likely know by early August whether Leyonhjelm will return to the Senate and if Buckley will join him. Read more about Buckley and the election here. Below, listen to a radio interview with Buckley about libertarian issues back in 2013, and then both listen and watch The Whiskey Protocol perform "Sweet Home Alabama":