And why exactly is Leonardo DiCaprio guilting his Hollywood friends into traveling to St. Tropez to hear him denounce fossil fuels? 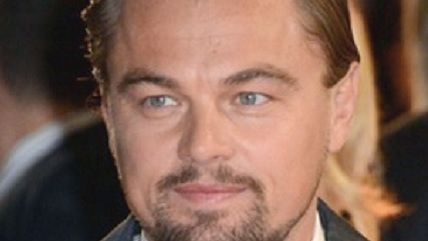 If charity begins at home, maybe self-sacrifice to prevent or mitigate climate change should too. In USA Today, Instapundit's Glenn Reynolds has a column outlining small, sensible steps that federal politicos and Hollywood big-wigs could take to reduce their Peggy Hill-sized carbon footprints.

Among the obvious: Ban EPA bureaucrats from flying home every weekend to places such as Boston and Indianapolis; ban the use of air conditioning throughout all federal buildings and the greater Washington, D.C. area; disallow members of Congress from visiting their homes on weekends, thus compressing the legislative schedule and focusing them on getting their jobs done in a quicker, more-efficient manner.

And then there's this tidbit about climate-change warrior Leonardo DiCaprio:

Leonardo DiCaprio, for example, recently brought 500 guests from Los Angeles to St. Tropez to hear him give a speech about . . . climate change. (He also flew by private jet between Los Angeles and New York six times in six weeks recently, as revealed in the WikiLeaks hack of Sony emails.)

Well, we don't want to regulate with a heavy hand, but we should put a $5-per-gallon carbon tax on jet fuel burned in private jets, perhaps rising to $10 over a few years, to discourage this sort of thing. And we should also deny corporations the ability to deduct private jet flights as a business expense.

Some of this might seen intrusive and annoying, but it's all in service to a goal that is supposedly the number-one threat facing all Americans and Earthlings, right. And, as President Obama put it, "We can't drive our SUVs and eat as much as we want and keep our homes on 72 degrees at all times … and then just expect that other countries are going to say OK."