Britain's Exit from the European Union Might Leave Both the U.K. and the E.U. Better Off 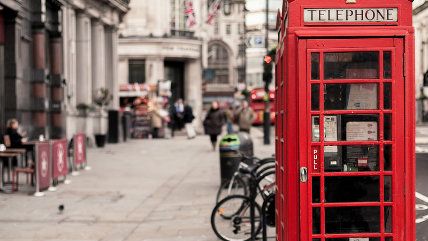 If you want to understand why markets are crashing in the aftermath of yesterday's Brexit vote, take a quick glance at Dechert's guide to the legal and financial implications of the vote.

Although the referendum is non-binding, most observers now expect that the United Kingdom will move to separate itself from the European Union (EU). But exactly how that process will work, and what the end result will be, as well as when the separation will be final, is entirely unclear.

Dechert's guide offers a hint as to just how many knots there are to untangle: It covers everything from trade deals and financial regulations to intellectual property law data retention requirements. And a lot of the challenges of unwinding won't be discrete, since much of this stuff is bound together in various ways, and likely to continue that way for a while: Spain, for example, is calling for "joint sovereignty" with Britain over Gibraltar, which sounds…complicated.

The potential complexity of it all is incredibly intimidating. No one really knows how it will play out. So what you're seeing right now is panic induced by uncertainty, like kids becoming hysterical when they find out their parents are getting divorced. It's a big shock to the system.

But while uncertainty can be a prelude to catastrophe, and prolonged uncertainty can itself result in serious trouble, it's not necessarily a sign that everything is in the process of falling apart.

One potential outcome here is that, after a little while, the panic stops, and Britain manages its exit more or less smoothly, freeing itself from the grip of European regulators while encouraging the EU, an awkwardly designed governing body which has struggled in recent years to manage its affairs, to begin the process of self-examination and eventually institute a series of reforms.

That's the argument that British economist Andrew Lilico made recently in an interview with Vox's Timothy Lee—that while Britain has gained from being part of the EU, both entities will be better off apart, and that the split, while upsetting to markets in the short term, will ultimately pave the way toward long-term gains for both, with the EU becoming stronger and more unified in a way that it simply couldn't with Britain attached. Britain, in this thinking, helped set EU culture early on, but was simply too independent to ever fully integrate with the continent. Post-Brexit, basically, the EU is free to become the United States of Europe.

I'm a little less confident that this scenario will play out. Britain's exit from the EU is just as likely to lead to more sovereign squabbling and a further breakdown of the EU. But ultimately even that might be better in the long run, as the EU as it stands is a deeply dysfunctional governing body that has consistently proven itself unable to effectively respond to the challenges it faces. The design of the EU is inherently awkward: Its monetary union is undercut by its lack of a fiscal union, and its attempts to maintain some level of national sovereignty are undercut by its power imbalances and anti-democratic elements. The structure is inherently unstable.

Regardless of which way it goes, the Brexit vote is likely to spur the EU to take action and move beyond its current unstable equilibrium. It's as clear a sign as any that the EU can't go on doing what it's been doing. It's a wake up call, basically. So while there are certainly risks to a dramatic move like this, that's a good thing overall.

In the meantime, Britain is probably better off no matter what. If the EU moves toward becoming the smoothly functioning super-state that Lilico hopes for, then Britain will have helped make that possible. And if the EU continues in its dysfunction, or breaks up further, Britain will have extricated itself, protecting its own interests.