Yes, in America in 2014 Bare Hands And Feet Were More Often Fatal to Americans than "Assault Weapons" 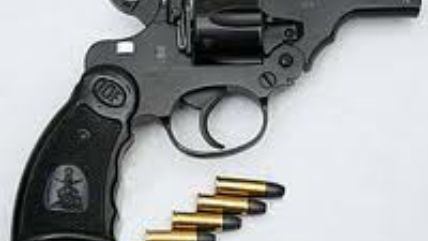 When The New York Times last year in a front-page editorial called for a full ban and confiscation/buyback on what they claimed they could, somehow, easily define as "assault weapons," I explained that the problem they were trying to solve at enormous expense in both money and the civil unrest that would arise in America from the attempt to fully remove an almost universally peacefully used object from millions of Americans hands amounted to around 2 percent of U.S. homicides.

The entire category of "rifles," of which the ones people want to ban because of their appearance and/or similarity to "military" weapons are just a portion, were used in 248 homicides in 2014.

The Marginal Revolution blog yesterday provided some more interesting context of what that number means comparatively in terms of all the FBI's data on instruments of murder in 2014, with the sums added up conveniently.

It might also be interesting that the whole number of rifle homicides has plummeted by 32 percent from 2010 til 2014, rather than being a growing crisis.

At any rate, outweighing rifles as an entire category in terms of whole numbers of murders in which they were used in 2014 in America are: Knifes, at 1,567; Blunt objects such as clubs and hammers at 435; and what the FBI calls "Personal weapons" and then defines as "hands, fists, feet, etc." at 660.

Jacob Sullum summed up well that the "assault weapons" so vilified recently are not a uniquely destructive weapon in practice in America.

UPDATE: Commenters seem to want to assume that the "type not stated" category might be outrageously more overweighted toward rifles than are the known categories, and then weighted toward that subcategory of rifles that frightened people call "assault rifles."

In the known homicide data, rifles account for about 1/22 of the number of homicides as do handguns. I assumed lacking other evidence that the ratios would likely be roughly equal, meaning we could likely assume around 89 might be added to the "rifles" count, again a far larger category than the scary ones people want to ban.

One would have to assume that for some reason the "type not stated" is in fact mysteriously weighted toward rifles, and among that category "assault weapons," at a level four times that in the listed categories to get rifles—again, a larger category—to equal hands and fists as a murder tool.