Cable news at its cable-newsiest 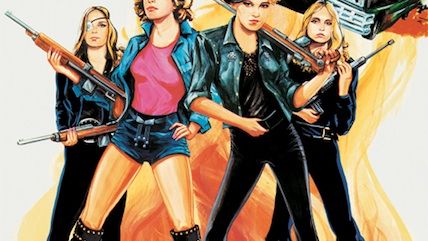 The Orlando Pulse Massacre has inspired a wave of stories about the Pink Pistols, a gay gun-rights and self-defense group. (As it says on their website, "We teach queers to shoot. Then we teach others that we have done so.") Aficionados of cable-news hysteria may remember another time the phrase "pink pistol" was percolating in the press: that time Bill O'Reilly interviewed an ex-cop about an alleged network of aggressive lesbian gangs.

The newspeg was a fight that had broken out in New York City in August 2006. A man named Wayne Buckle had hit on a 19-year-old woman as she passed him on the street; the woman, who was a lesbian, said no; Buckle then spat on her; and then the woman and her friends, also lesbians, beat the shit out of him and stabbed him. A year later, O'Reilly and his guest, police officer turned "Fox News crime analyst" Rod Wheeler, somehow transmuted this into a sign of a "lesbian gang epidemic," with Wheeler announcing that "there is this national underground network, if you will, Bill, of women that's lesbians—and also some men groups—that's actually recruiting kids as young as 10 years old." There were, he added, "well over 150 of these crews" in the D.C. area alone.

"Now, when they recruit the kids," O'Reilly asked, "are they indoctrinating them into, uh, homosexuality?"

Wheeler affirmed that they were. Then he declared that "some of these groups carry pink pistols. They call themselves the Pink Pistol Packing Group. And these are lesbians that actually carry pistols. That's 9-millimeter Glocks."

After the segment aired, much mockery ensued. Wheeler eventually issued a statement declaring that that he didn't mean those Pink Pistols and walking back various other comments:

During the O'Reilly Factor segment on June 21st, while engaged in a discussion on Lesbian gangs, I inadvertently stated that gang members carry pistols that are painted pink and call themselves the "Pink Pistol Packing Group." I was not referring to the gay rights group "Pink Pistols" who advocates for the lawful rights of gays to carry weapons for protection. Further, I mentioned that there are "over 150 of these gangs" in the greater Washington DC area. What I actually meant is that there are over 150 gangs in the Washington DC area, some of which are in fact lesbian gangs. Lastly, I mentioned in the segment that there is this "national epidemic" of lesbian gangs. A better choice of words would have been to say that there is a growing concern nationally, and especially in major urban areas, of increased gang activity, which includes some lesbian gang activity.

I apologize for any misunderstanding this may have caused.

So basically: Gangs exist, and some gangsters are gay. Not quite as exciting a premise for an O'Reilly report.

(For past editions of the Friday A/V Club, go here. For more conspiracy theories about gay people, check out chapter three of this book.)