Eleven sue the Departments of Justice and Education. 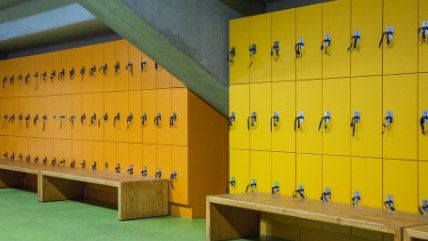 It looks like we are officially on track for a final determination as to whether existing federal civil rights laws apply to transgender people, particularly public school students. In response to orders from President Barack Obama's administration that school districts are obligated, under Title IX, to accommodate the needs of transgender students to use the public facilities of their selected (not birth) sex, officials in a pack of states are suing to stop it.

The states involved are Texas, Alabama, Wisconsin, West Virginia, Tennessee, Arizona, Maine, Oklahoma, Louisiana, Georgia, and Utah. They join North Carolina, which is both suing and being sued by the Department of Justice over its newly passed law requiring people to use the public facilities (in government buildings and schools) of the sex listed on their birth certificates.

Defendants have conspired to turn workplaces and educational settings across the country into laboratories for a massive social experiment, flouting the democratic process, and running roughshod over commonsense policies protecting children and basic privacy rights. Defendants' rewriting of Title VII and Title IX is wholly incompatible with Congressional text. Absent action in Congress, the States, or local communities, Defendants cannot foist these radical changes on the nation.

As I explained previously, the Obama Administration's behavior is backed by some federal legal precedents, but to be clear, this nowhere near a legally settled matter. The administration is relying on a legal interpretation of a Supreme Court decision. The court ruled that discrimination on the basis of whether a person exhibits stereotypical gender behaviors violates federal sex discrimination protections. The case was about a woman who was denied a promotion on the basis of not being perceived as feminine enough.

That precedent has been successfully been used in a couple of federal cases to say the decision should also apply to discrimination against individuals on the basis of being transgender. This lawsuit is obviously meant to force a showdown to get a final determination of whether federal "sex discrimination" policies legally apply to transgender people.

Read the complaint here. Robby Soave warns about the potential problems of trying to protect transgender students by extending Title IX beyond its original intent here.