At least for the next year. 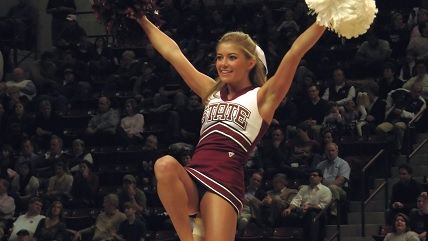 Daily fantasy sports leagues will be legal in Mississippi, at least for the next year.

Mississippi Gov. Phil Bryant (R) signed Senate Bill 2541 into law last week. The new law will legalize daily fantasy sports operators such as Fan Duel and Draft Kings until July 2017, when the move will be reconsidered. The measure would create a task force charged with delivering to the governor by Oct. 15 its recommendations on regulations and fees.

In a daily fantasy sports league, players can draft a new team for daily and multi-day contests in such sports as football, basketball, baseball and golf. Daily fantasy sports differs from standard fantasy leagues, where players draft their teams once per season, set their lineups weekly or daily and can make roster changes or trades.

Fan Duel spokesperson Emily Bass said the legislature took a "deliberate and reasonable approach to legislating fantasy sports" and the company looked forward to working with the task force on regulating the practice.

Draft Kings spokesman Tim Sullivan said the company looked forward to returning to the state and "continuing to work with legislators in Jackson to establish a framework to allow the hundreds of thousands Mississippians who can continue to play the fantasy sports contests they love."

Both FanDuel and Draft Kings have ceased operations in nine states—Alabama, Arizona, Iowa, Idaho, Louisiana,  Nevada, New York and Washington—because of opinions issued by each state's attorney general that classified the practice as illegal gambling.

According to the Fantasy Sports Trade Association, the practice is growing as 56.8 million players participated in fantasy sports last year in the U.S. That's up from 12.6 million in 2005.

This article originally appeared at Watchdog.org.

Steve Wilson is a writer and a journalist whose work has appeared on Fox News, Huffington Post and The Daily Signal. He serves as the Mississippi Bureau Chief for Watchdog.org.